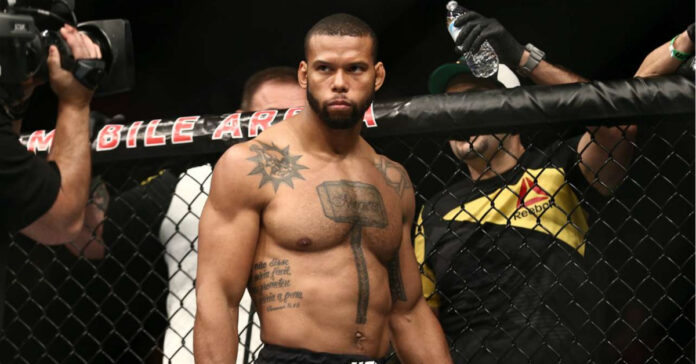 Thiago Santos will no longer fight under the UFC banner after signing an exclusive deal with the PFL.

The former UFC light heavyweight title challenger is coming off a hard-fought defeat to rising prospect Jamahal Hill in August. He hit a skid in his professional career that saw him drop five of his last six bouts with a sole win coming over Johnny Walker.

Thiago Santos will leave the UFC after signing with the PFL

Brett Okamoto of ESPN reported the news on his Twitter account, confirming that Santos’ outing with Hill would be his final appearance under the banner.

“We are very excited to bring in Thiago Santos to the PFL light heavyweight division,” Sefo told ESPN. “He is known throughout the MMA world as a guy who delivers exciting fights, and I’m looking forward to seeing his elite knockout power up close.”

Having started his professional career in 2010, Santos made his way into the UFC in Aug. 2013 and delivered some thrilling performances over the years. He is the only fighter in the history of the promotion who came out on top of one judges’ scorecard against the former light heavyweight Jon Jones, who is widely regarded as the greatest mixed martial artist of all time.

Thiago Santos did not look the same after the razor-thin loss to Jones and went on to get beat by Glover Teixeira, Aleksandar Rakic, and Magomed Ankalaev.

“It was an amicable separation with the UFC,” Santos’ manager Alex Davis told ESPN. “Thiago is very grateful for everything the UFC did for him, and he’s very grateful toward the PFL for signing with him. He’s looking forward to winning a million dollars.”

While a date or opponent for his PFL debut has not been announced, Santos will likely keep a close eye on the 2022 PFL finals in November, where grizzled veterans Robert Wilkinson and Omari Akhmedov will battle it out in the light heavyweight final.