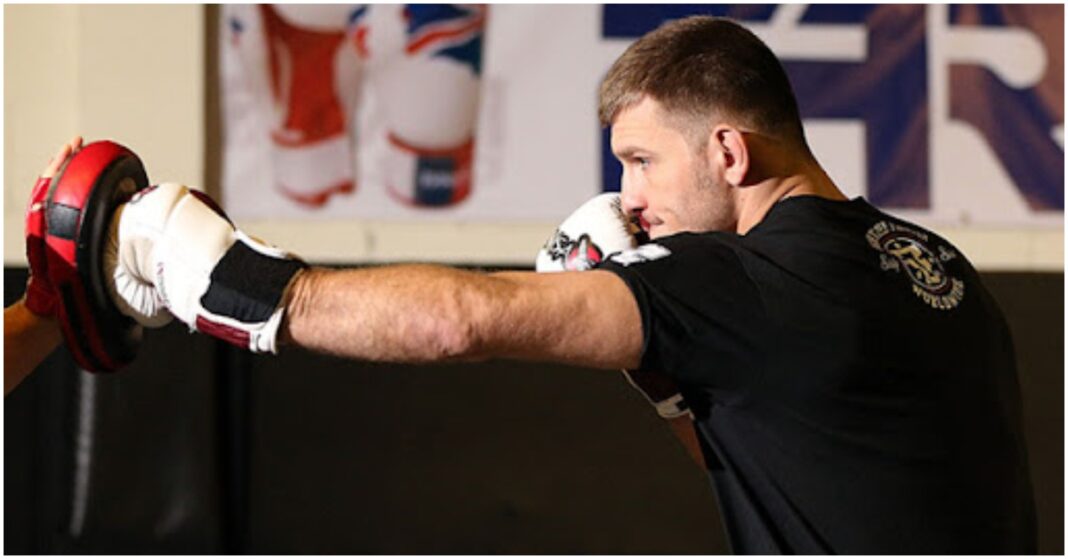 UFC Heavyweight Stipe Miocic would be interested in getting in the boxing ring.

Arguably the greatest MMA heavyweight to ever do it, Miocic is known for his outstanding striking and boxing game in the octagon which has helped him pick up 15 of his 20 career wins via KO.

When Miocic went on The MMA Hour this week he was asked about considering getting into the boxing ring.

“I would love it. I would love to, if I get the opportunity it would be great… I love it. I’d be over the moon for it, I’m telling you right now… It really excites me. I don’t know why, I think just because it’s different,” Miocic said. “Just like that thrill of something different, I don’t gotta worry about kicks, and knees, and takedowns, just a new combat, new experience, it brings a different atmosphere. I love it.” (Transcribed by MMA News)

While Miocic remains interested in his attempt to get into the boxing ring, while he is under UFC contract, Dana White and co. will unlikely allow that to happen unless they get a piece of the pie.

Miocic remains a huge name in the sport and seems poised to continue his run in the octagon and pursue the world championship he lost earlier this year to Francis Ngannou.

It will be interesting to see if and when Miocic hangs up his MMA gloves if he will throw on the boxing gloves and get in the ring. There is no doubt a lucrative opportunity would await the former UFC Heavyweight champ, whether it would be Tyson Fury, Deontay Wilder, Anthony Joshua or others.

Do you think Stipe Miocic gets in the boxing ring? How would he fare?