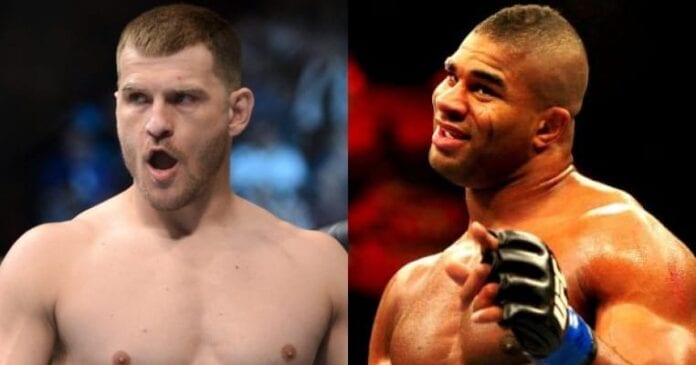 Reigning UFC heavyweight champion Stipe Miocic is gearing up to make the first defense of his title in the main event of UFC 203 this Saturday night (September 10, 2016) live on pay-per-view (PPV) from his home of Cleveland, Ohio. Despite Overeem’s historic resume, Miocic recently told MMAJunkie that he’s simply worked too hard to surrender the strap:

While the two don’t necessarily have a rivalry, Overeem has made some comments regarding Miocic’s training. The legendary dutch kick boxer feels as if Miocic has been partying and celebrating rather than putting in work at the gym. The champion recently fired back, saying that we’ll find out the truth when “The Reem” is ‘sleeping’:

“I’m going to win,” Miocic said. “You’ll find out how I did it when I get my hand raised.”

Who do you see walking away with heavyweight gold this weekend?