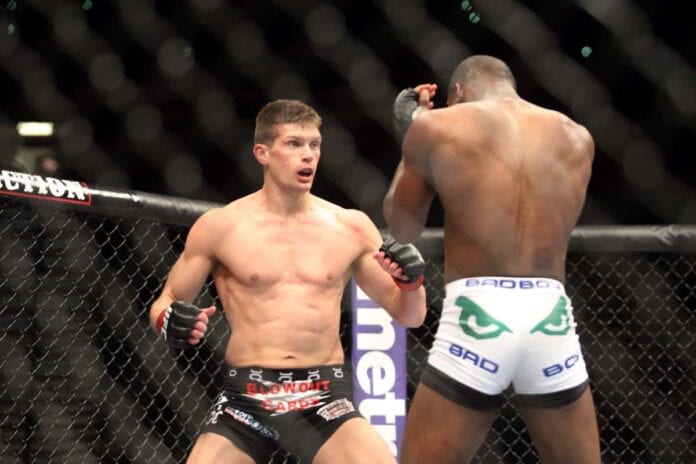 The main event of The Ultimate Fighter (TUF) 21 Finale featured a welterweight clash between Jake Ellenberger (30-10) and Stephen Thompson (11-1). For Ellenberger, a win would have kept him on track following his submission win over Josh Koscheck earlier this year. A win for Thompson would’ve extended his winning streak to five.

At the end of the night, it was “Wonderboy” who stood tall.

Thompson immediately threw a high kick to get the fight started. “Wonderboy” landed a thudding leg kick. Ellenberger lid up Thompson with a hook to the jaw that dropped him. Thompson pushed “The Juggernaut” against the fence. Thompson ducked under in a takedown attempt, but couldn’t complete it. They separated and Ellenberger’s trip was reversed.