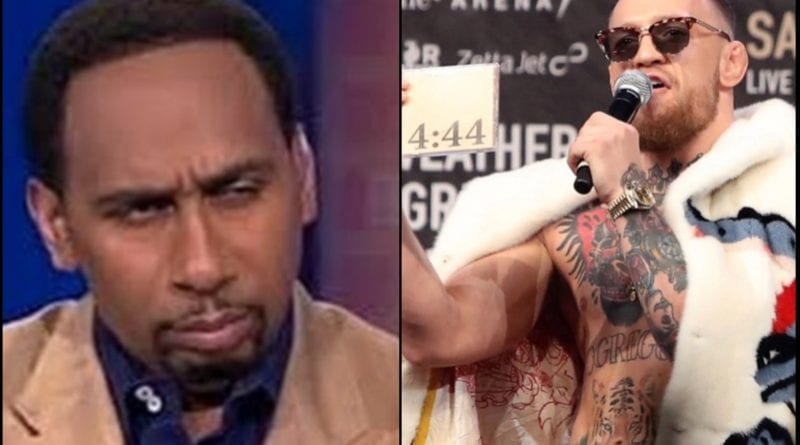 Smith, who was firmly in the corner of Floyd Mayweather during the McGregor fight, has been openly critical of the Irish superstar in the past. At times, it seems, Smith may even have a grudge against McGregor.

When You Give Your Critics A Reason…

Be that as it may, when you give your critics ammunition like McGregor did earlier this week when he was arrested and subsequently released for allegedly smashing a man’s phone outside the Fontainebleau Miami Beach hotel in Miami, they tend to use it. Smith did that on Tuesday’s edition of First Take.

“Conor McGregor is really getting on my damn nerves,” Smith said per BJPenn.com. “I’m really getting sick and tired of him being in the news for something other than winning inside the UFC Octagon. That’s what I’m getting tired of. It’s been years since we’ve seen Conor McGregor actually win a fight.”

“We saw him in the news for throwing a dolly at the bus; we saw him in the news for this [his latest arrest], we seen him in the press conferences, but when he had to step inside the Octagon against Nurmagomedov, we saw what happened. That was a butt-whooping. We saw him in the ring trying to box against Floyd Mayweather, we saw what happened to him there. The last time we saw Conor McGregor win, to be this tough guy — and I love Conor McGregor, I love his mouth, I love how he tries to back it up, I love the fact that he’s a showman, he’s worth the money, he’s worth the price of admission.”

McGregor is currently serving the remainder of a six-month suspension he received for his involvement in the now infamous UFC 229 post-fight melee. He will surely have more legal troubles to deal with due to his most recent arrest.