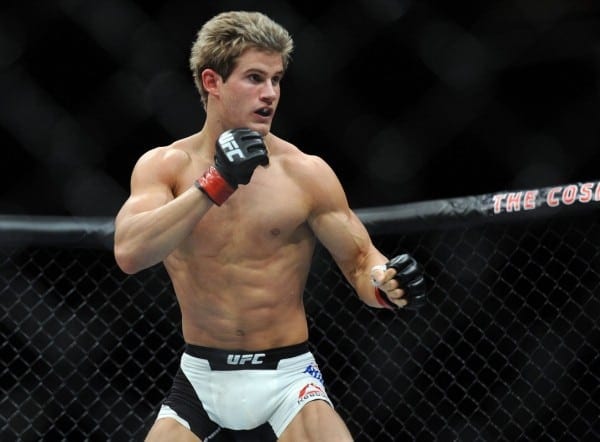 He’s already got two finishes in his only two UFC bouts, and surging lightweight prospect Sage Northcutt is looking to quickly add to that resume.

After finishing off Francisco Trevino at UFC 192 in October and submitting Cody Pfister at last week’s UFC Fight Night 80, ‘Super Sage’ will meet a much tougher challenge in the form of the undefeated Holbrook at January 30’s UFC on FOX 18 from the Prudential Center in Newark, New Jersey.

Holbrook was last seen beating veteran Ramsey Nijem by close split decision in his UFC debut at another FOX event, July’s UFC on FOX 16: Dillashaw vs. Barao. He currently sits at 11-0 heading into his bout with the hyped 7-0 Northcutt.

UFC on FOX 18 is headlined by a perceived light heavyweight eliminator between Anthony “Rumble” Johnson and Ryan Bader.