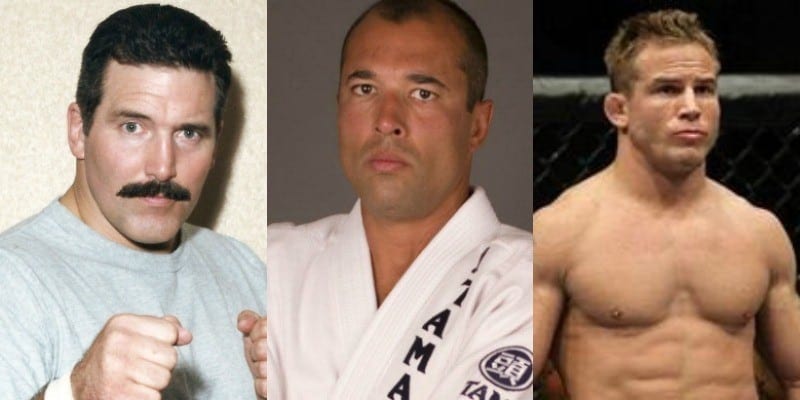 Throughout the years, we’ve seen time and time again how hard it is for mixed martial artists to walk away from the fight game.

For 49-year-old mixed martial arts (MMA) and Brazilian jiu-jitsu (BJJ) legend Royce Gracie, it appears to be even harder.

The fighting pioneer returned to action last February in the main event of Bellator 149 to score a highly controversial TKO victory over fellow ageing veteran Ken Shamrock. Gracie got the victory after a long time away from the sport, but his performance didn’t necessarily make any fight fans want to see him compete again.

According to Gracie, however, he will most definitely compete again, telling Combate that he’s ‘not retired’:

“Man, I’m trying to leave this game,” Gracie said. “I’m not retired. I’m on a break, but it’s hard to quit, because I like to fight. When you like something, it’s not work, it’s a pleasure. Everyone wants to fight me. It’s a long list. That’s good, it shows there’s demand. I’ll face whoever the promotion puts in front of me. I never picked an opponent.”

As far as potential opponents go, Gracie claims that a list of fighting legends have expressed interest in fighting him. The Brazilian specifically noted UFC veterans Sean “The Muscle Shark” Sherk and Dan Severn as possible options:

“I heard it’s a long list,” Gracie said. “Sean Sherk, Dan Severn, Don “The Dragon” Wilson, everyone wants to fight me. The old guys are showing up.”

Despite his historic legacy, do you have any interest in seeing Gracie fight again?