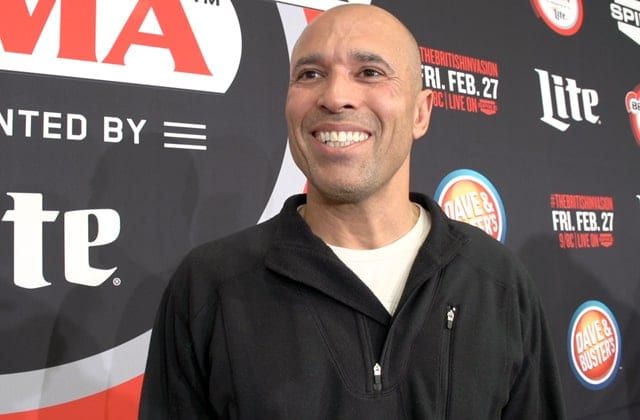 It was announced during Friday’s Bellator 145 event, which aired live on Spike TV from St Louis, MI, that Royce Gracie will be fighting Ken Shamrock in February.

Gracie is a living legend, considered by many as the Godfather of MMA, and is returning to competition for the first time in almost a decade for the third fight in his trilogy against Shamrock. A surprising move by Bellator MMA to say the least.

Since returning to action earlier this year, Shamrock has made it clear that his present MMA run is about closing the book on longstanding feuds and solidifying his place as one of the sports all-time greats. The two warriors fought twice before in their illustrious careers, with Gracie defeating Shamrock in November 1993 via submission and then later in April of 1995 when the two fought to draw in an unforgettable 36-minute bout.

During his appearance on Monday’s edition of the MMA Hour, Gracie explained why he took the fight.

“For the last 22 years, the guy has been losing sleep,” Gracie said. “I don’t know if it’s because he doesn’t like me. I don’t like him. But for me, it’s just an opponent. Because I beat him before, he’s had that stuck in his throat.”

“I said sure,” he said. “Let’s finish this, man, I’m gonna beat him up one more time just to show the first time wasn’t a fluke. The second time he just sit on me for 30 minutes and put the crowd to sleep.”

Gracie is 14-2 in his pro-MMA career and is coming off a win over Kazushi Sakuraba back in 2007.

When asked about how this fight will end, Gracie claims he will torture Shamrock before finishing him.