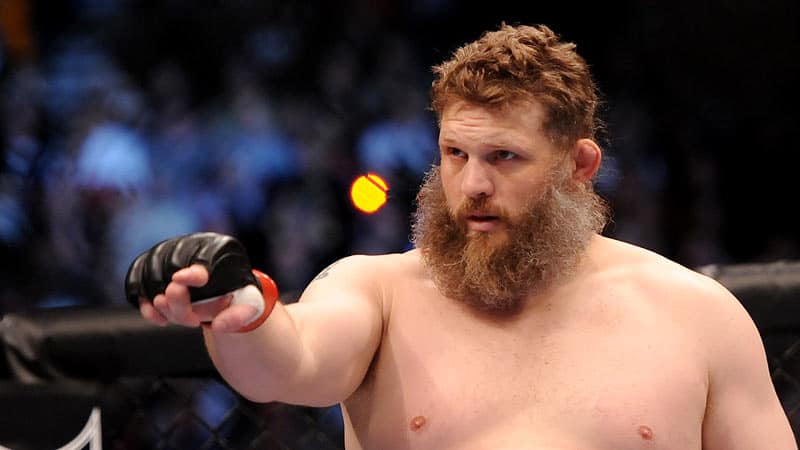 Fight fans weren’t the only ones who were surprised by Bellator MMA’s latest fighter signing.

Earlier this week, it was announced Mirko Cro Cop (36-11-2, 1 NC) and Roy Nelson (23-15) in a heavyweight bout has been added to the card for the upcoming Bellator 200 event, which is set to be historical.

Cro Cop makes his way to Bellator in the midst of an eight-fight win streak. During that run, he holds wins over “King Mo” Lawal, Gabriel Gonzaga and Satoshi Ishii.

Nelson recently spoke about this upcoming heavyweight showdown during an interview with MMAJunkie.

Nelson was expected to fight former UFC light heavyweight champion Quinton Jackson at Bellator 200. However, “Rampage” was apparently not up for the fight.

“Cro Cop was actually a surprise,” Nelson told MMAjunkie. “I was supposed to fight ‘Rampage,’ but he didn’t want to fight so they went out and got Cro Cop. I’m all about rematches. I’ve been trying to get them through my fighting career, but I’m all about it. It’s the one thing I always wish I had, so I want to give someone else a chance.”

“I think Cro Cop’s definitely always improving with age, but I think he’s back on the special supplements, better supplements than usual,” Nelson said. “Throughout my whole fight career, the only reason people want to fight me or have a chance to beat me, is if they get something. It’s something I just know that everybody is just on it. It’s one of those things where it’s an uphill battle. If you can help prevent it, cool. But at the end of the day I just go out there and fight whoever they want me to fight.”

“My last fight we got tested I think three or four weeks into camp,” Nelson said. “I wasn’t even licensed by Mike and then we didn’t get tested fight night. Someone could have technically got back on a cycle or something stupid. I don’t know. If you’re going to drug test, drug test.”

“You’ve got to take the positive with the negative,” Nelson said. “This is an opportunity to get back in the tournament. I’m trying to be an alternate or something like that. And you only get paid when you fight, so the more fights I have, the better.