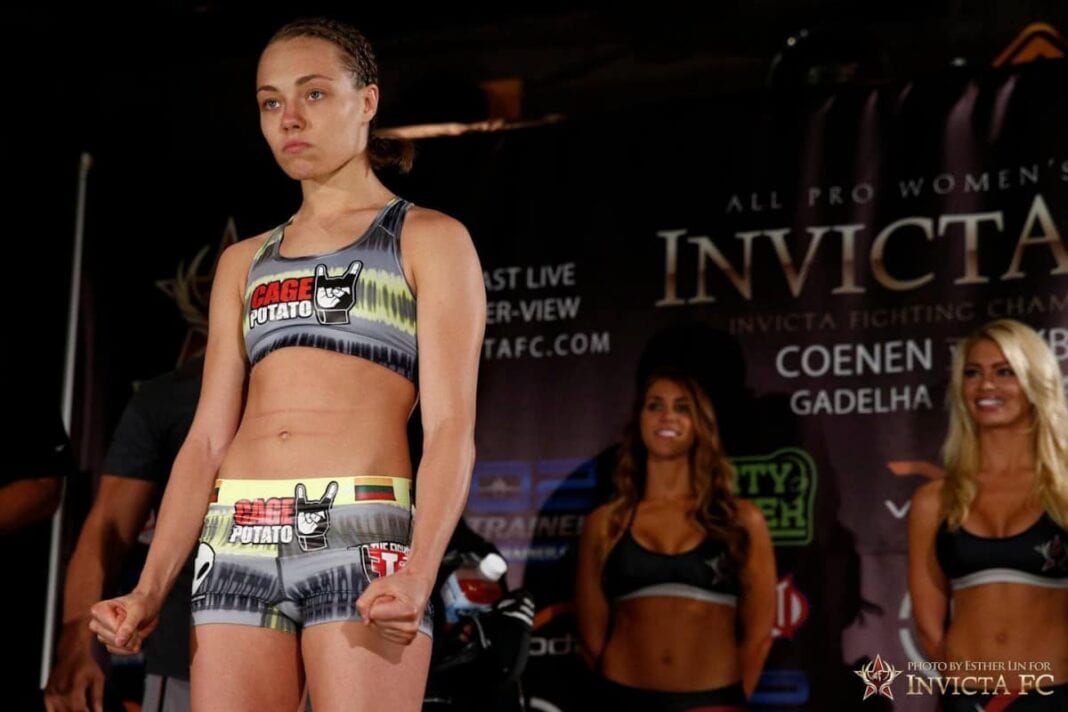 UFC Women’s Bantamweight Champion Ronda Rousey sold more than 25,000 Rousey DNB (Do Nothing Bitch) T-shirts the first two days they were put on sale with no marketing behind them. The goal was to sell 1,000 in the first two weeks.

For those unaware, it’s a term for women’s body image issues, but it has also been used in slightly different ways.

Rose Namajunas took offense to the shirt and told the world what she thought about it on Instagram.

However, it’s not what you think. She doesn’t take offense about Rousey herself, but the meaning behind it.

“And as far as Ronda goes I love her and what she’s done but I think her message is misinterpreted,” she stated to Bloody Elbow.com, explaining more after her initial post. “I don’t think hurting and punching people in the face for millions is any better than using sex to make millions.”

“I like the positive message about body image though, just think people are taking it the wrong way. Some of the coolest people I’ve met are strippers and down to earth loving people so just don’t judge others is my point.”

“I wouldn’t encourage any particular lifestyle. I don’t even encourage fighting as a lifestyle,” Namajunas states. “But I do encourage free will and be whatever you want to be. If it’s a stripper so be it, especially if it’s by choice and not just cause you need the money but because you have a passion for it.”

According to Namajunas, Rousey can go make her money any way she chooses and she is certainly doing that these days with not only fighting but endorsements and movie parts. Rousey has made some serious cash in the short time that she’s been a big star.

“Go make that money girl if that’s what you so choose, but if you wanna be a doctor too that’s awesome! Both make people feel better. lol”