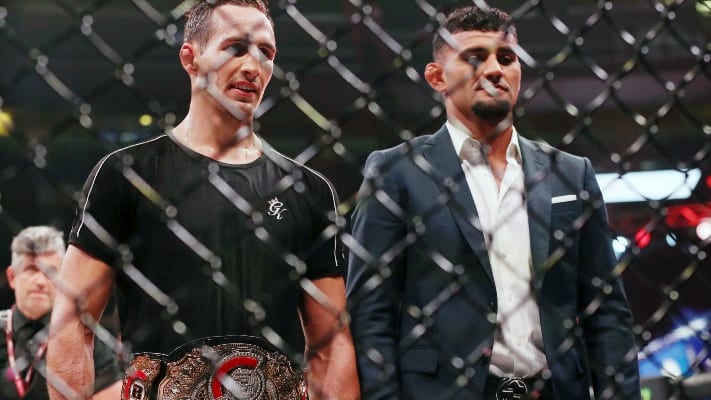 Rory MacDonald versus Douglas Lima turned out to be one of the best Bellator title fights in recent memory. Now, these two talented welterweights have officially agreed to do it again.

After MacDonald previously turned down a September date, this second meeting will take place on October 26th, as part of Bellator‘s World Grand Prix Final. According to MMA Fighting, the bout will be contested at the Mohegan Sun Arena in Uncasville, Connecticut.

When previously asked about the Grand Prix, MacDonald explained, “Lima is the hardest fight. I still have something to prove. I am interested in that. If I had just squashed him and rolled over him, probably not as much, but he gave a good fight. It would be interesting.”

This time there is more than just a divisional strap at stake. The prestigious World Grand Prix title and a $1 million prize will also go to the winner of the bout.

Though their first bout was competitive, Rory MacDonald was able to earn a unanimous decision victory (48-47, 49-45, 49-46). If the first contest is any indicator, then MacDonald vs. Lima 2 should be one for the ages.

Who wins this high-stakes welterweight rematch between two of Bellator’s top dogs?