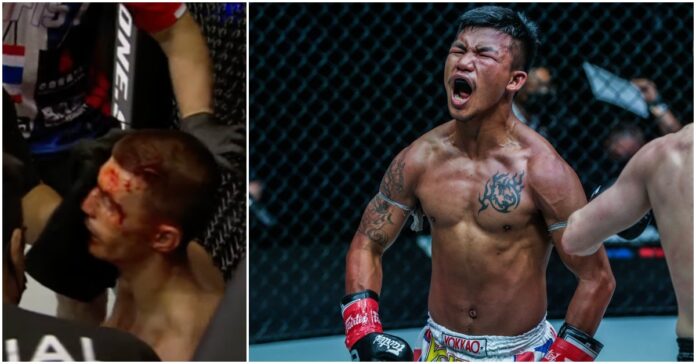 Rodtang Jitmuangnon puts on yet another clinical display of violence as he booked his place in the semi-finals of the ONE Flyweight Muay Thai World Grand Prix. The ONE flyweight Muay Thai champion dominated Jacob Smith over three rounds, leaving the Englishman bloodied and battered by the end of the bout.

The first two minutes of the fight were relatively competitive, but Rodtang soon began to employ a series of hellacious elbow strikes, cutting Smith open. The second and third rounds were more of the same, as he continued to use his elbows to lethal effect, mixing in a spearing rear straight and debilitating leg kicks.

Credit to Smith for making it to the final bell, but it was not a hard decision for the judges, as Rodtang’s hand was raised, and he progressed into the semi-finals. He was also granted a 50k bonus for his efforts.

Check out the highlights of Rodtang’s dominant victory over Jacob Smith below: