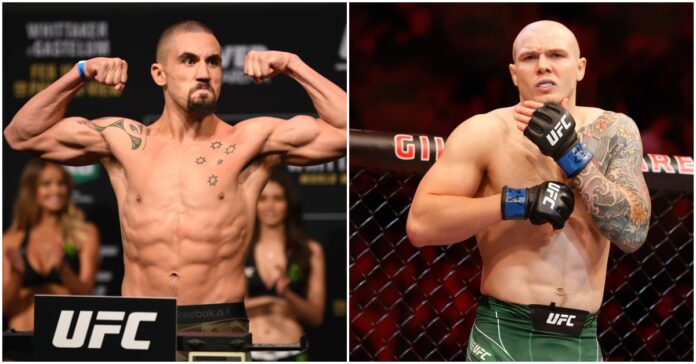 Two of the very best at middleweight, Robert Whittaker and Marvin Vettori, are set to collide at UFC 275 on June 11 according to a report from veteran MMA journalist Ariel Helwani.

‘The Reaper’ recently gave Israel Adesanya all he could handle over five rounds but ultimately fell to a unanimous decision defeat. Whittaker has since stated that he believes that he won at least three of five rounds in his rematch with ‘Stylebender’ at UFC 271.

Vettori is another top middleweight contender who has twice lost to the champ. However, he remains a threat to the reign of Adesanya after picking up a big win over Paulo Costa in October.

Another big win over Whittaker may be enough to earn him a third crack at Adesanya. While Whittaker certainly won’t do himself any harm by putting a win over Vettori on his already stacked resume.

UFC 275 is expected to be headlined by a light-heavyweight title fight between Glover Teixeira and Jiri Prochazka.

Valentina Shevchenko will defend her flyweight title against Talia Santos in the co-main event of the evening.

Who do you think will win at UFC 275? Robert Whittaker or Marvin Vettori?