LowKickMMA.com
Home UFC News Robbie Lawler Would ‘Knock Out GSP,’ Plans To Do Same To Condit 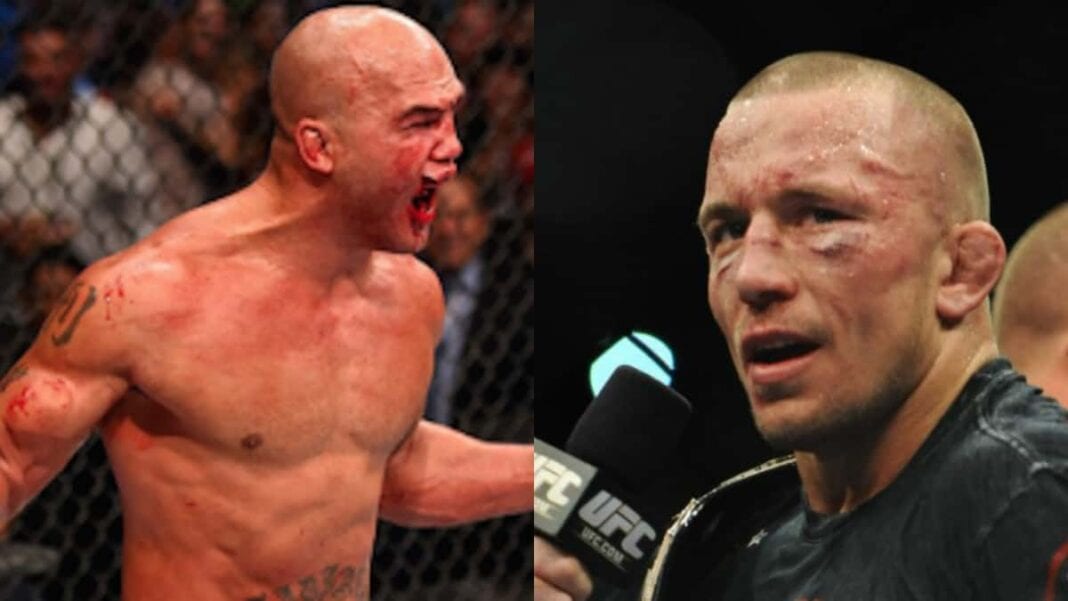 It’s clear that reigning UFC welterweight champion “Ruthless” Robbie Lawler has taken the 170-pound division by storm, establishing himself as the man to beat for the time being.

However, despite his recent resurgence, a dark cloud has continued to loom over the division since 2013, specifically since former long-time kingpin Georges “Rush” St-Pierre surprisingly vacated his title.

In the two years since the announcement, the questions and rumors have seemed to be nonstop regarding a possible return to competition for the Canadian superstar. While nothing has come to fruition just yet, 2016 could indeed be the year that St-Pierre returns to the game he ruled for so long.

That being said, a potential showdown between Lawler and a motivated GSP would be absolutely massive. While this all depends on if and when St-Pierre decides to make his comeback, the “Ruthless” one would feel confident in a bout with the former boss:

“Yeah, I’d knock GSP out if he comes back,” Lawler said on a Periscope session.

Before any thoughts of a potential clash with St-Pierre, however, Lawler will have to defend his crown for a second time, and he will get the chance to do just that this Saturday (January 2, 2016) night from the MGM Grand Garden Arena in Las Vegas, Nevada.

The “Ruthless” one is set to take on former WEC champion and former interim UFC boss Carlos “The Natural Born Killer” Condit in a highly anticipated affair.

While many are expecting a back and forth war, much like Lawler’s last bout with Rory MacDonald, the champion plans to finish this fight in a more efficient manner:

“I’m very confident for this fight,” he said. “I hope it’s not going to be a battle like the last one, it was a hard one. But I’ll be ready for it. … The plan is to knock out Carlos, not sure what round.”

Will the “Ruthless” one remain on top after UFC 195?