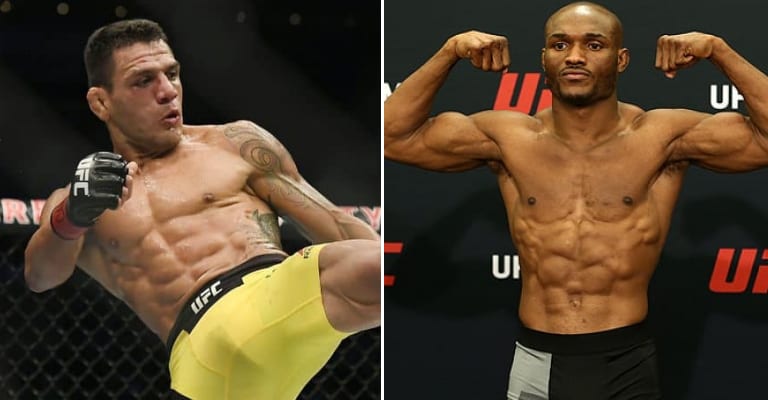 A pivotal welterweight fight could be taking place in the coming months.

According to a report from BJPenn.com’s Chris Taylor, the UFC is ‘working on’ a bout between former lightweight champion Rafael dos Anjos and surging contender Kamaru Usman:

I’m told that the UFC is currently working on booking a welterweight fight between recent interim title challenger Rafael dos Anjos and surging division contender Kamaru Usman for early this fall. What do you folks think of the matchup?

Dos Anjos last competed earlier this month in Chicago at UFC 225, dropping a unanimous decision defeat to Colby Covington in an interim title fight. Prior to that, the Brazilian had won three consecutive fights over the likes of Tarec Saffiedine, Neil Magny and Robbie Lawler since moving up to 170 pounds in 2017.

He also underwent ear surgery following his loss to Covington.

Usman, on the other hand, has been gradually climbing up the welterweight rankings, winning an incredibly impressive 12-straight fights including eight-straight in the UFC. Most recently, ‘The Nigerian Nightmare’ picked up a decision victory over veteran Demian Maia in Chile.