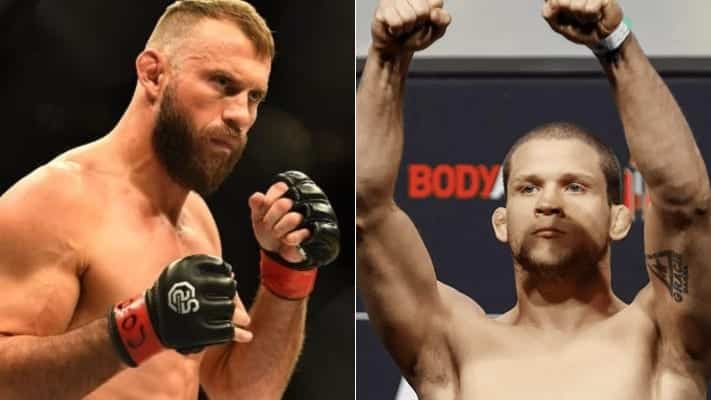 Donald Cerrone will still be competing at UFC Vegas 26 on May 8.

Cerrone was initially slated to fight Diego Sanchez in a welterweight main event. However, he was left opponentless after Sanchez found himself released following recent events involving Joshua Fabia.

It was then reported that a women’s strawweight bout between Michelle Waterson and Marina Rodriguez would headline the card. That seemingly won’t be the case as Cerrone has a new opponent in Morono who will step in on short notice.

Morono is coming off a unanimous decision defeat to Anthony Pettis. Before that, he had won four of his last five outings.

Cerrone, meanwhile, is also coming off a draw against Niko Price and is winless in his last five overall with four defeats during that run. He will undoubtedly be eager to return to the win column for the first time since the summer of 2019.

UPDATE: It has since been revealed that Waterson vs. Rodriguez will in fact headline the event.