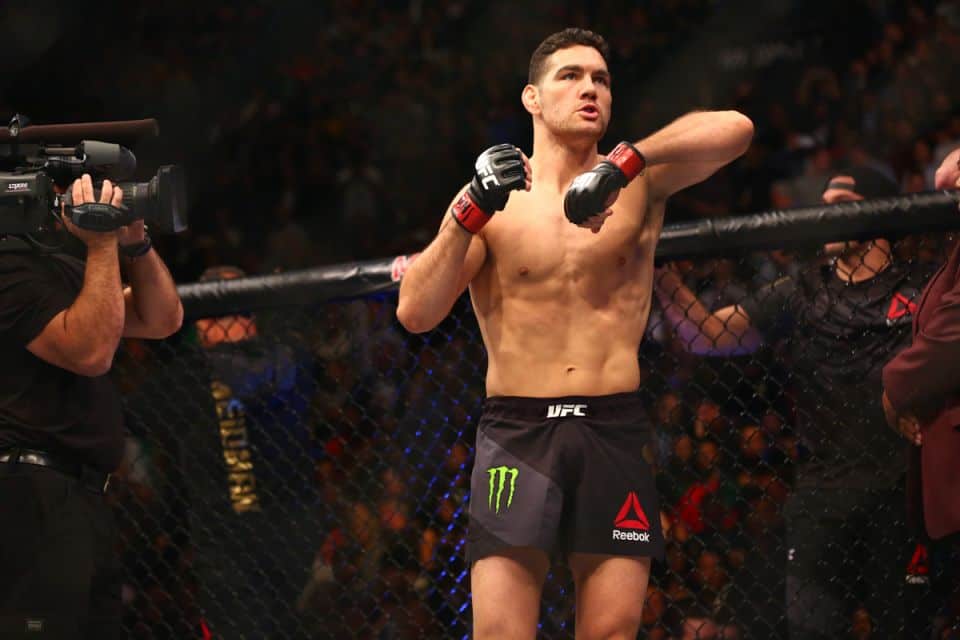 Former UFC middleweight champion Chris Weidman has went through quite a rough patch over the last year-and-a-half.

After losing his UFC middleweight title to Luke Rockhold at Dec. 2015’s UFC 194, Weidman was forced to pull out of their scheduled rematch at June 2016’s UFC 199 to undergo neck surgery. The Long Island native then returned at this past November’s UFC 205 from New York City, but he was on the wrong end of a brutal flying knee from No. 1-ranked Yoel Romero.

Now riding a two fight losing streak, Weidman appears to be focused on bouncing back and he will get the chance to do just that this Saturday night when he takes on No. 5-ranked Gegard Mousasi in the co-main event of UFC 210.

“If you think about it, there was only one way to go,” Longo said on Monday, during an appearance on The MMA Hour. “You can’t keep going up and up and up. So we plateaued a little bit before. I think that’s going to be the mantra. That’s behind us, and we really had to go back to what got us there and really just move forward.”

As far as Longo is concerned, this fight camp has been one of the better ones for Weidman, as he said that the former champion went ‘beyond’ and concentrated on his training:

“I mean, life throws a lot of things at you,” he said. “You have family, you’ve got kids, you’ve got all this stuff happening outside and you know, all work and no play makes Jack a dull boy. So you want guys to entertain things that they could be successful in maybe after their career is over. But again, the mantra for this was really just exclude — just focus on what you have to do.

“That’s what I loved about this camp. Chris really wanted to go to Brazil with his friend [Gian] Villante, but he didn’t. He wanted to be in Wonderboy’s corner in Vegas, he didn’t. He really, this was a time to get selfish, and just concentrate on your training. And I think the kid went beyond where we’ve been in a while, and I think it shows. If you talk to him I think you’ll see a different guy talking, and obviously if you look at him, the hard work just pays off. To the point that people are accusing him of being on PEDs, which I’m proud to say he’s clean as hell.”

At the end of the day, Longo admits that he didn’t expect to be in this position with Weidman, although he also said that Team Weidman is ready to write a ‘comeback story’:

“No, I would have never have thought we’d be in this position, but we are and we’re ready to tackle it and really write his comeback story, man.”

Do you expect Weidman to bounce back this weekend in Buffalo?