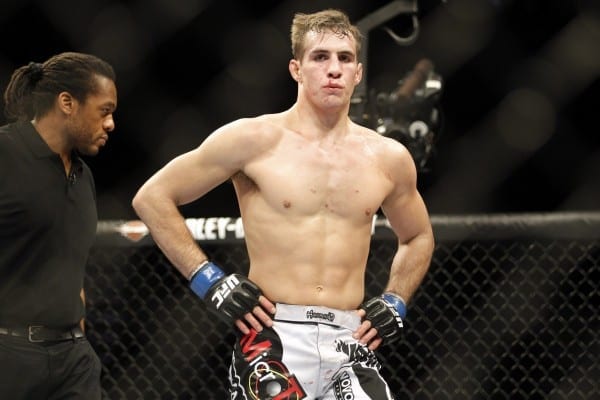 It seems as if two welterweight contenders may finally meet early next year. No. 2-ranked former title challenger Rory “Red King” MacDonald, and Hector “Showeather” Lombard were originally scheduled to meet in what may have been a title eliminator at last April’s UFC 186.

The bout fell through, however, when it was made clear that Lombard had failed a drug test regarding his UFC 183 bout against Josh Burkman. “Showeather” was suspended for one year, a suspension that he is still under.

MacDonald on the other hand, went on to fight for the 170-pound title against current champion “Ruthless” Robbie Lawler at July’s UFC 189. It turned out to be one of the greatest fights the sport has ever seen with both men battling back and forth in a bloody, and exciting five-round war.

MacDonald ultimately came up short, and came out of the bout with multiple injuries. However, it seems as if he may be ready to get back after it sometime in the near future, and according to UFC Tonight’s Ariel Helwani, the UFC is interested in booking MacDonald, and Lombard, once “Showeather’s” suspension is up of course:

Despite failing his drug test, Lombard has proven to be a force at 170-pounds winning two out of his last three bouts, and he technically won the bout against Burkman as well, but it was changed to a no-contest.

This seems to be a bout that makes sense for both men, as both are looking to bounce back, and remain relevant in the crowded welterweight title picture. It may also be an exciting fight for the fans between two of the division’s elite.

Who would you pick to win this one?