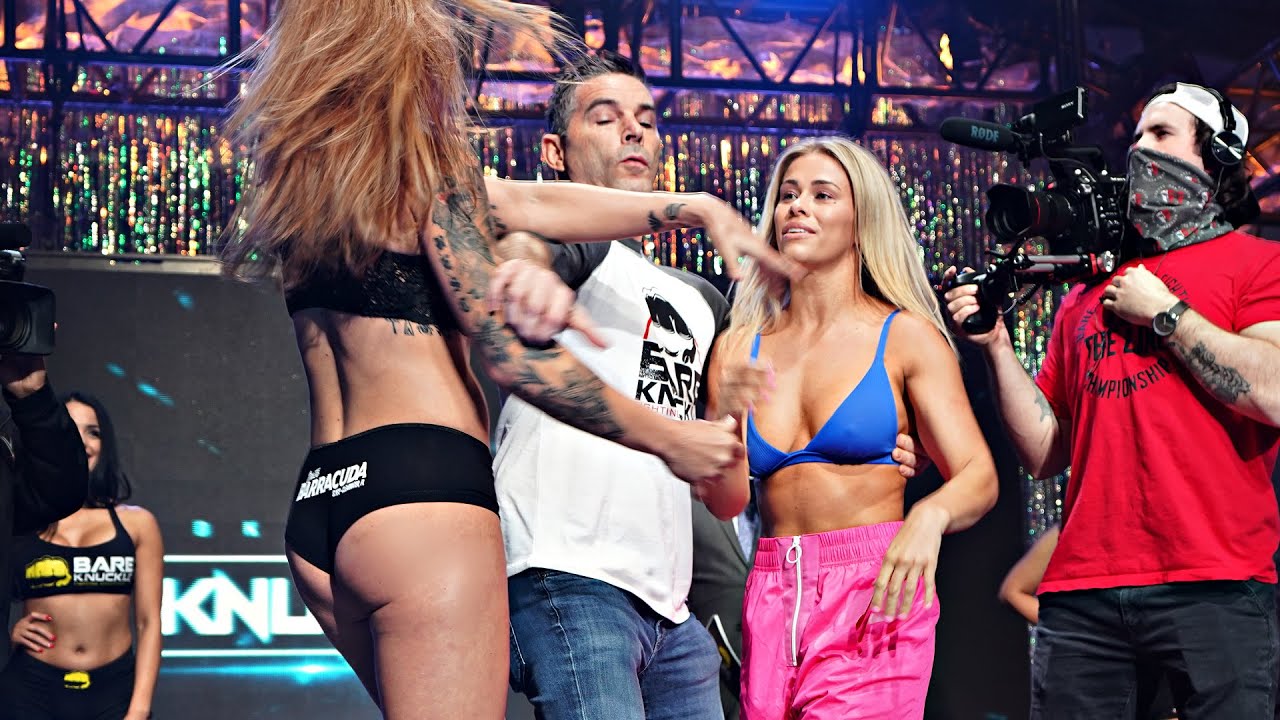 UFC flyweight and strawweight alum, Paige VanZant’s future is admittedly still up in the air according to BKFC president, David Feldman, who is hopeful of keeping the two-fight veteran under the promotion’s banner, amid recent interest in a potential switch back to professional mixed martial arts under the Scott Coker-led Bellator MMA banner.

Oregon native, VanZant, inked a high-profile multi-fight deal with the bare knuckle fighting championship last year following a July armbar defeat to Amanda Ribas on ‘Fight Island’ at UFC 251, however, has yet to capture form or even a victory from two outings in the sport.

VanZant made her promotional bow at BKFC Knucklemania back in February in Miami, Florida — suffering a unanimous decision loss against Britain Hart in a main event slot.

Returning back in July in the main event of BKFC 19, VanZant rematched fellow UFC alum, Rachael Ostovich who made her organizational debut, however, suffered her second straight unanimous decision loss. VanZant had bested Hawaii’s Ostovich at UFC Fight Night Brooklyn in January 2019 in an armbar stoppage.

Admittedly, the aforenoted, Feldman explained how he was less than happy with VanZant’s decision to elect against post-fight media obligations following her summer defeat to Ostovich, as well as explaining how she now finds herself in a “must-win” scenario ahead of a potential third outing with BKFC.

“Absolutely she’s (Paige VanZant) in a must-win situation,” Feldman said of Paige VanZant’s loss to Ostovich. “I can’t keep saying, ‘She fought really good, now let’s see what happens next time.’ Eventually and now’s the time, she has to come out with a victory. Like I said, we’ll sit down with her team and see what happens. I think we’re all going to move forward together, but you’re absolutely right, she’s in a must-win situation without a doubt.“

VanZant’s immediate future with the organization was cast into doubt recently as well when she explained how she would be interested in competing under the Bellator MMA banner, where her partner, the #1 ranked middleweight Austin Vanderford competes.

“That’s always on the back of my mind,” VanZant said. “I would love for us to fight for the same organization. I would love to fight for Bellator, they’ve treated hum really well, especially now that he’s fought this way up to a title… I feel like it was good that we weren’t in the same organization because they couldn’t build him as a star bu himself. He would always kind of be in my shadow and I felt like now that I’m not with Bellator, he got to build himself up to a title shot all by himself.“

Speaking with MMA Fighting recently, Feldman admitted that he would like to offer VanZant another shot in the organization, however, noted her future was still undecided.

“We spoke to her management team and honestly it’s up in the air,” Feldman said. “We’re not 100 percent sure she’ll be back with BKFC. It looks like she will but at the end of the day, if her heart and her passion is she wants to give MMA another shot, we may give her that opportunity. I’m not here to hold anybody back.“

With Feldman planning on hosting another BKFC Knucklemania event in Miami, Florida next February, he noted his intentions to field VanZant on the card should she remain with the promotion.

“I’d love to put her on the Knucklemania card again as well,” Feldman said. “So we’ll see what happens with that this week.“