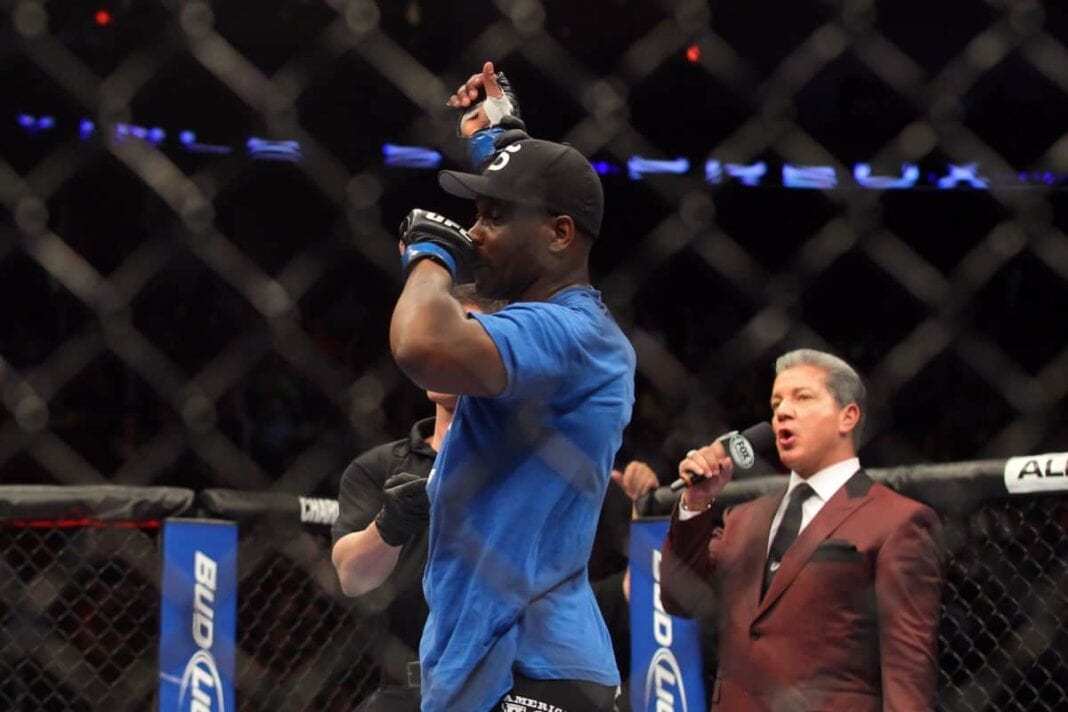 Ovince St. Preux (18-6) is coming off a TKO victory over Pat Cummins at UFC on Fox 15 back in April and stated in a recent interview that he knew that the win would get him into a headlining fight (against Glover Teixeira on August 8, 2015 at UFC Fight Night 73) Pretty big words for someone who is is 5-1 in his last six bouts as well as currently riding a two-fight winning streak.

“I’m not complaining about it,” Saint Preux told MMAjunkie. “Obviously I’m doing something pretty good. The last event, I had headlined two events prior, and coming into the April 18 card, I wasn’t even on the main card. To be honest, I was a little happy about it for the simple fact that I didn’t have to wait till 12:30 that night to fight and I could enjoy the other fights and hang out a bit.

“But going into Nashville, given I knew I had to perform exceptionally well on that card, I kind of figured I was going to end up in the main event.”

OSP likes Nashville, Tennessee (the site of UFC Fight Night 73) because the last time he fought in the city was back in 2011 against Abongo Humphrey under the Strikeforce banner and won the fight by unanimous decision.

“The last time I fought there was 2011,” he said. “I definitely was excited about it. The minute I heard about it. Even though I had the April 18 fight, I was trying not to overthink about the Aug. 8 card. But the minute it was over, I was like: ‘Nashville, Tennessee.’ I had to get on that one. The timing was perfect.”

OSP believes that this fight and a few more wins after this fight could get him in line for a title shot.

“You never know what happens,” he said. “When Jones got out, people were talking about me being a replacement. The fans love watching me fight, and Dana loves to give the fans what they want to see.”