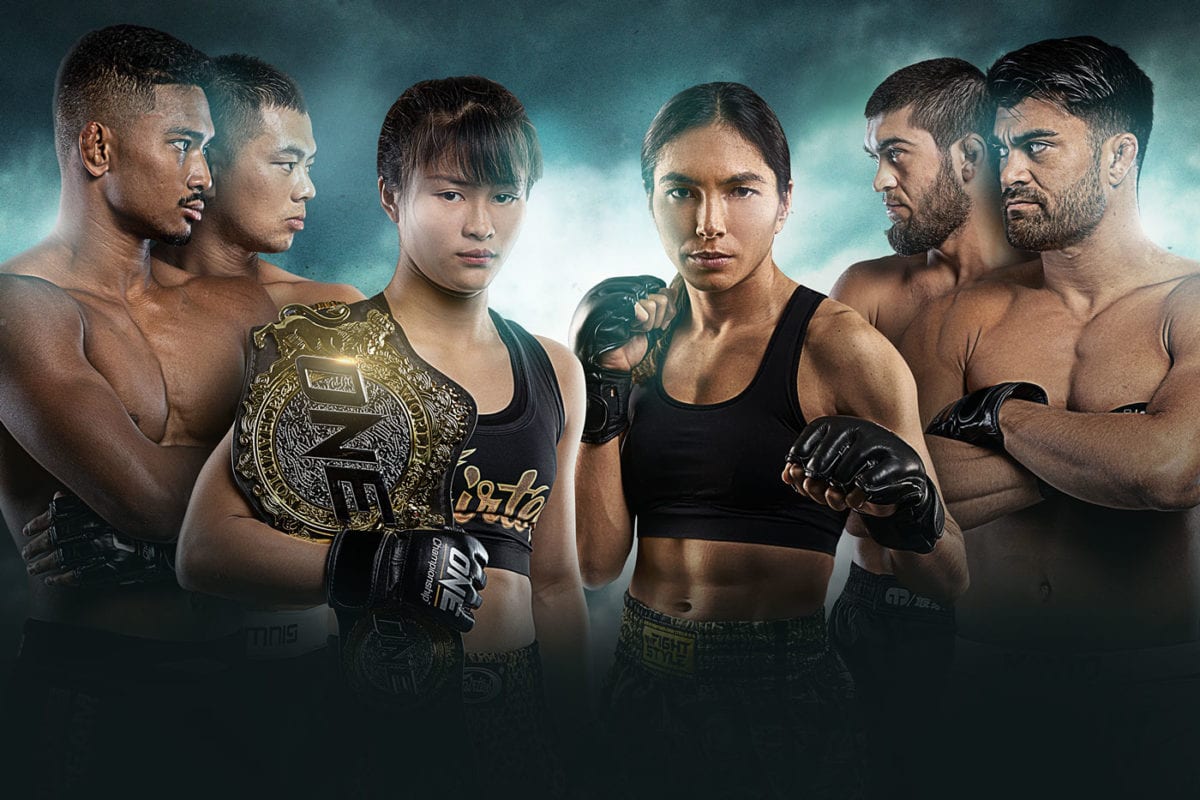 ONE Championship heads to Singapore this week for ONE: Call To Greatness. The event takes place on Friday, February 22, 2019, inside the Lion City’s Indoor Stadium.

The  ONE Lightweight Grand Prix also continues in earnest this week with two quarterfinal bouts scheduled to occur.

A Muay Thai Champion Will Be Crowned

Stamp Fairtex is already the ONE Super Series Atomweight Kickboxing World Champion. On Friday she will aim to become the first female champ-champ in ONE’s history by claiming the atomweight Muay Thai title.

The 21-year-old began fighting competitively at the age of five and developed a reputation as one of the best up-and-coming female fighters in Thailand. Stamp’s success earned her a coveted sponsorship deal with the legendary Fairtex gym, becoming the gym’s first female fighter.

Last October, she cruised to a unanimous decision victory over Taiwan’s Kai Ting Chuang to claim her kickboxing crown and will be the favorite going into Friday’s clash.

Todd discovered Muay Thai in her final year of college, developing an instant passion for the sport. Since taking up the ‘Art of Eight Limbs,’ the 33-year-old Californian native has accumulated bronze medals at the World Games and  IFMA World Championships, as well as gold at the IFMA Pan American Championships.

Training out of Boxing Works, California under the tutelage of the renowned Bryan Popejoy, Todd will need to establish herself early on and attempt to unsettle Stamp before the Thai establishes her rhythm. Todd will have the height advantage, and in a fight with an athlete as technically strong as Stamp, any advantage helps.

ONE’s Singapore cards seem to bring out the best in its fighters so expect to see an entertaining bout when these two clash.

By the end of ONE: Call to Greatness, the makeup of one of the Lightweight Grand Prix Tournament’s semifinal bouts will be known. The two scheduled quarterfinal bouts come from the same side of the Grand Prix bracket.

Fans should pay close attention to Ting vs. Arslanaliev. Arslanaliev, is known for producing vicious first-round finishes. All but one of his seven professional fights have ended in the opening round.

The 24-year-old comes into this bout on the back of stunning knockout of Russian Timofey Nastyukhin. In Ting, Arslanaliev will be fighting one of the promotion’s veterans.

The 29-year-old was riding a three-fight winning streak last year before falling to Shinya Aoki in their lightweight title eliminator in October. Ting is a well-rounded fighter who will provide Arslanaliev a step up in competition.

The early exchanges will be revealing. If Ting can survive Arslanaliev’s opening surge, his experience could prove to be more than the Dagestani can handle.

In the night’s second quarterfinal, Khan will look to bounce back after his recent loss to reigning champion Eduard Folayang. Khan’s strength is his stand-up which is what would have made the loss to follow striker Folayang even more disheartening. In Sexton, he will be facing a BJJ black belt with nine submissions to his name.

The clash of styles could make for a tense opening round. Both men will look to engage their opponent in the area where they feel the strongest.

For a newer generation of MMA fans, Japan’s Masakazu Imanari is likely to be more well known for the moves he created, like the “Imanari Roll” than his in-ring exploits. Friday night offers these, as well as older, fans a rare opportunity to see the man himself in action

It will be a fast turn around for Kwon, who only made his promotional debut a month ago at ONE: Eternal Glory, which he won with an eye-catching first-round finish of Anthony Engelen.

Imanari comes into this bout on the back of last October’s first-round submission win over Radeem Rahman. The Japanese fighter made his ONE debut in 2018 and fought three times for a record of 1-2.

Imanari may not be the force he once was, but the savvy veteran is still capable of embarrassing any opponent who takes him lightly.

ONE: Call To Greatness Full Lineup