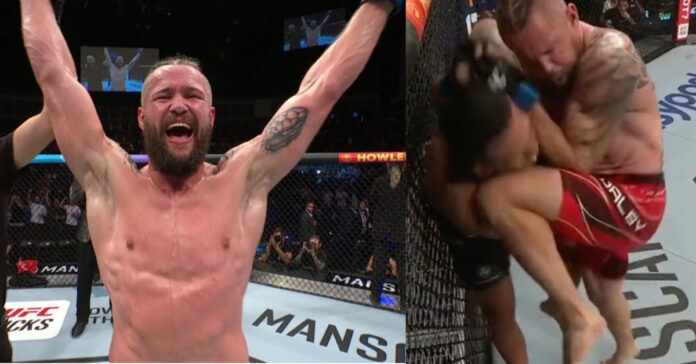 Dalby found himself in a sticky situation in round one, as Silva’s grappling prowess saw the Brazilain take the fight to the ground and quickly move to full mount. However, Dalby was able to neutralize any fight ending threat from his opponent, and survived till round 2. Silva initially started the second round in similar fashion, taking Dalby down early on.

However, ‘Danish Dynamite’ reversed position, and climbed back to his feet. It then became apparent that Silva was beginning to fatigue. Dalby let loose with his hands, and came extremely close to finishing the feet. Round three was more of the same, allowing the Dane to capture a unanimous decision win.

Check out the highlights from Nicolas Dalby’s unanimous decision win over Claudio Silva at UFC London below: