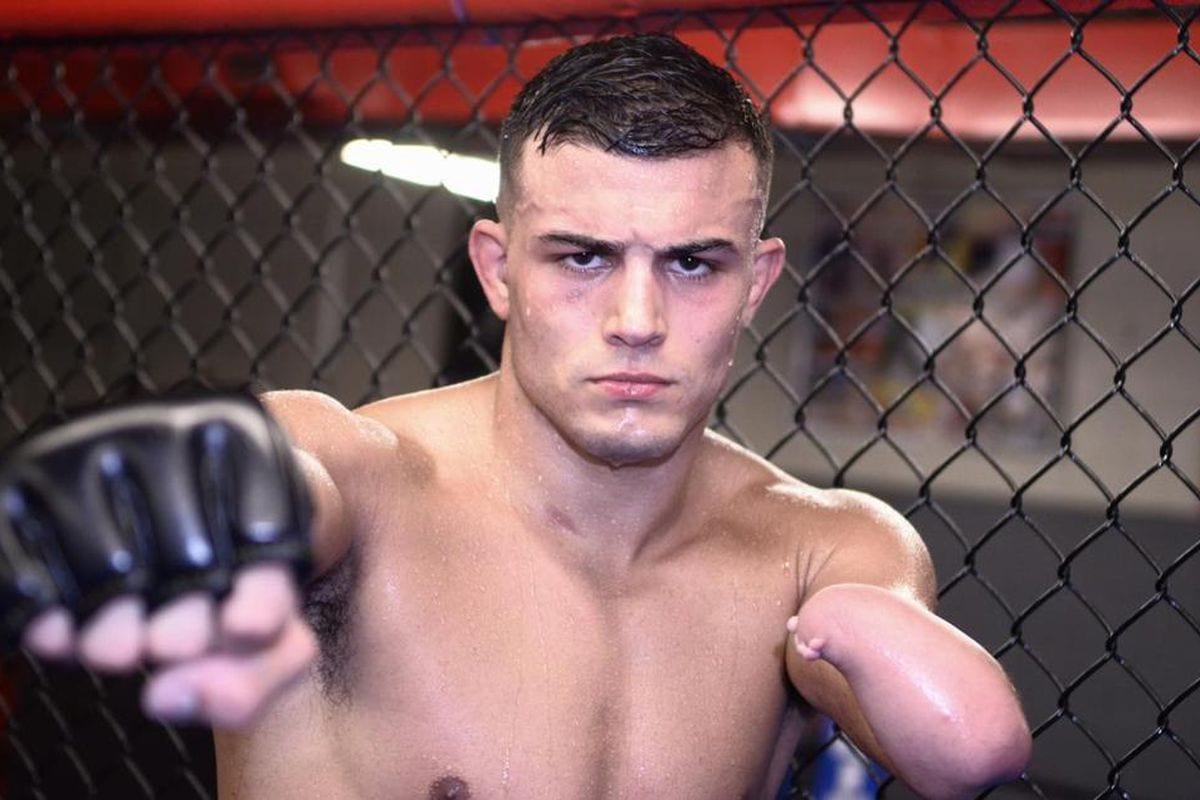 Former WSOF standout Nick Newell has always turned heads being a one-armed fighter. Born with a congenital disease that caused his left arm to underdevelop, Newell has regardless racked up a 14-1 professional MMA record.

Newell had retired following a loss to current UFC lightweight and former WSOF champ Justin Gaethje, but is now returning under Dana White’s Tuesday Night Contender Series according to a report from MMA Fighting, which puts him one step away from a UFC contract.

Newell, who’s been gunning for a UFC fight for ages now, was extremely grateful for the opportunity:

“I want to thank Dana White, Sean Shelby and Mick Maynard for believing in me and giving me a shot. I still have to go out there and deliver. I’m grateful for the opportunity.”

“I want to thank Dana White. He’s been making dreams come true for 20 years, and he just made one of Nick’s biggest dreams become true. I’m grateful. Stuff like this makes me humble.”

Should Newell impress UFC brass with a victory under the Contender Series, a UFC contract would be the next step.

Do you expect to see the grappling ace earn his way to the UFC?