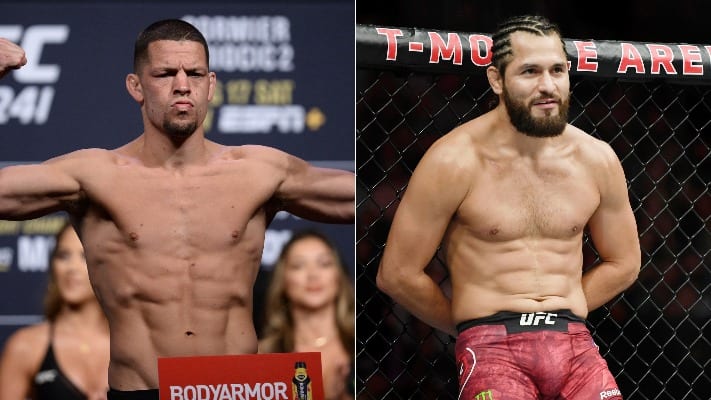 Nate Diaz just called out Jorge Masvidal for what could be the biggest fight of the year.

Diaz toppled Anthony Pettis in the co-main event of UFC 241 on pay-per-view (PPV) from the Honda Center in Anaheim, California. It was a competitive fight in the first half of the first round, however, Diaz really started to get into the swing of things from then on out. Diaz had Pettis hurt several times and nearly finished the fight at one point.

He also got the opportunity to show off his seasoned ground game against “Showtime,” who is a very talented submission artist off his back. When it was all said and done, Diaz took home a lopsided unanimous decision on the judges’ scorecards. In his post-fight interview with Joe Rogan, Diaz called for a fight that many mixed martial arts (MMA) fans have been clamoring for.

Diaz called out Jorge Masvidal for a welterweight meeting, noting that he has nothing but respect for the Floridian, but is looking for a big name fight next. Masvidal, who was in the crowd, had a huge smile on his face, and nodded in approval several times. It will be interesting to see if the UFC will book a fight between these two welterweight superstars next.

What do you think about a potential matchup between Diaz and Masvidal?