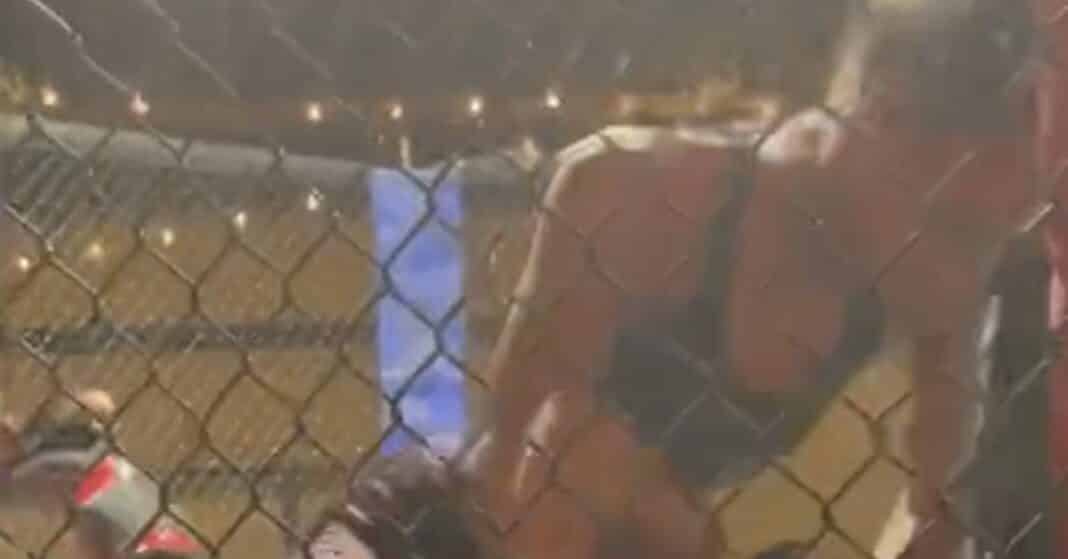 Myla Hill clearly gets her athletic genes from her father.

The 19-year-old daughter of former NBA star Grant Hill made her amateur MMA debut on Friday night. she made quick work of her opponent, immediately controlling her against the cage, taking her down, and eventually working her way to a submission victory.

A video of the fight was recorded by current NBA player and noted MMA fan, Michael Carter-Williams, and shared by Ariel Helwani.

Myla Hill Managed To Fill The Big Shoes From Her Father

Grant Hill was the third overall pick in the 1994 NBA draft after a successful career as part of the iconic Duke Blue Devils in college. He was projected to be one of the NBA’s next big stars, and was well on his way before suffering a devastating ankle injury in 2000. He would make a somewhat miraculous comeback the following year, and while he was never the player he once was, he would still go on to have a long and successful career.

The six-time All-star took to Twitter himself to congratulate his daughter and reflect on how proud he was of her.

“4 days later, and I’m still in awe of my daughter Myla’s performance in her first amateur MMA fight,” Hill wrote. “She was focused, composed (which her mother and I were not before and during the fight), aggressive and clearly not afraid of the moment inside the octagon.”

If Myla Hill continues to have the type of performances that she did in her debut, it might not be long before she surpasses her dad as the star athlete in the family.

Do you think Myla Hill could be a star in MMA? Let us know!