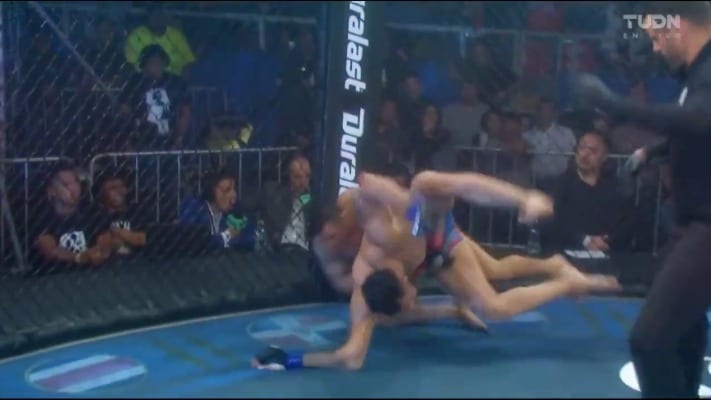 There were plenty of great combat sporting events over the weekend. One of them being Combate Americas’ Copa Combate event in Peru.

During one of the tournament’s contest, lightweight Milko Tucto faced off against Salvador Becerra. During the fight, Tucto took Becerra down with a big slam. As Becerra was coming down from the slam, his outstretched arm caught the fall and bent in a way one’s arm should never bend.

The result was a terrible break of his arm, which immediately forced the action to come to a stop. You can check out the nasty finish here below:

What did you think about the nasty arm break?