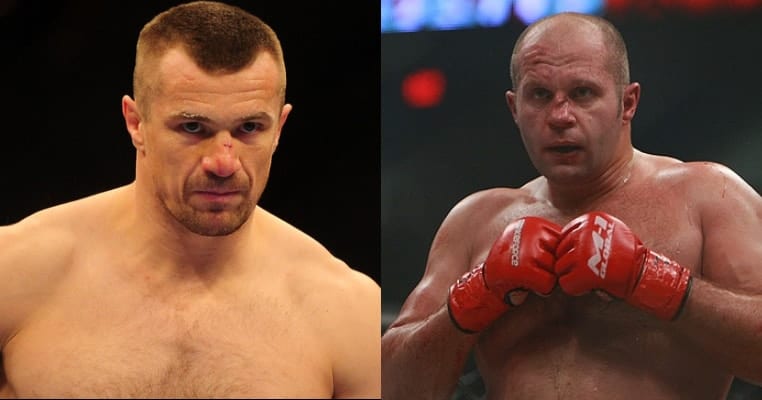 The Croatian has announced a retirement multiple times, but he has always returned to action at some point. It seems as if this time may be no different, as Cro Cop recently took to his official Facebook page to call out Fedor Emelianenko for a ‘farewell fight’:


READ MORE:  Islam Makhachev Confident He Will Beat Charles Oliveira; 'I Can Finish This Guy'

The two have actually met once before, facing off for the Pride heavyweight championship in 2005 in a bout that “The Last Emperor” won via unanimous decision.

While Cro Cop’s future is unclear, Emelianenko is set to take on Matt Mitrione in the co-main event of Bellator NYC, which will be presented live on pay-per-view (PPV) on June 24, 2017 from New York City.

Perhaps Bellator could ink a deal with Cro Cop and set up a rematch between him and Emelianenko in the future.

Is that a bout that interests you?