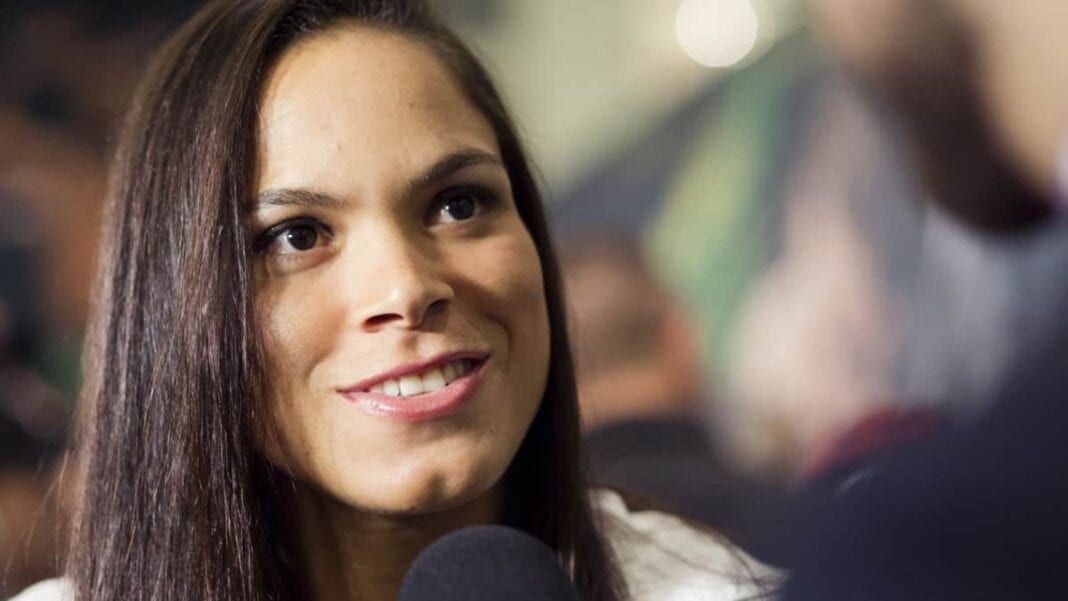 There’re not many fighters that can compete at the same level as UFC women’s bantamweight champion Ronda Rousey and the speed that she throws punches. However, Amanda Nunes’ coach Mike Brown believes Nunes can throw faster punches.

“In my opinion, I think she is. I think her stand-up is light years ahead of Ronda’s,” the former WEC champ said on The MMA Hour. “But obviously Ronda is super talented. The best. [Amanda] would have to use good footwork and score and move and try to stay off the ground because Ronda is a phenom on the ground. But I don’t think Ronda’s stand-up is at Amanda’s level.”

It’s well documented that Miesha Tate will be fighting Ronda Rousey next, but Brown made the case that Nunes is on another level compared to those two. Brown stated that she’s beating up male fighters in the gym and making them quit.

“She’s only been with us for the last couple fights, but I’ll say, 100-percent, this is the first girl I’ve ever seen in the gym where I looked and I was like, whoa,” Brown said. “I’ve seen her literally stop guys in the gym. Like, beating dudes up, making guys quit in the stand-up. And she, from an early age, has a grappling background.

“But I’ve seen her, like, make dudes quit (while) kickboxing in the gym. It’s impressive. … Professional fighters who are very tough, she’s beating up, and she can be mean too. She’s getting after them and the guys are timid, and she’s like the alpha, for sure. It’s pretty crazy.”

Brown strongly believes that Nunes can beat Ronda Rousey or Miesha Tate. He also thinks that while Nunes is a good fighter now, she may need another fight before stepping into a title fight with either woman.