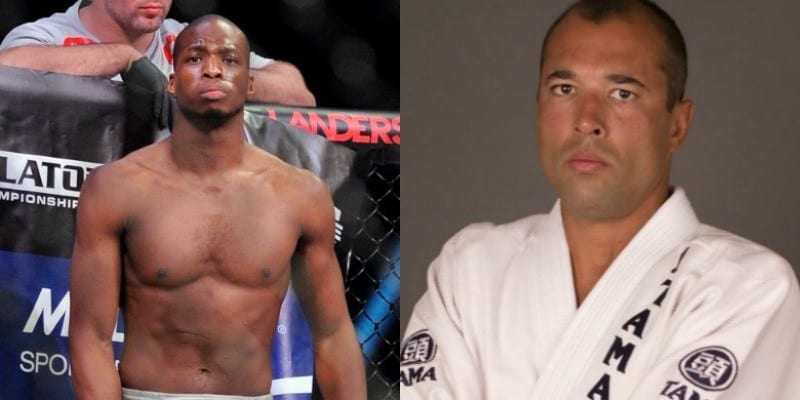 Bellator welterweight contender Michael “Venom” Page continued his rise through the sport in his home of London, England yesterday (July 16, 2016) at Bellator 158, scoring a brutal flying knee knockout over “Cyborg” Santos. “MVP” has made a name for himself by showcasing his flashy and unique striking style, and he plans to revolutionize the sport with that very skill set.

Speaking to MMAJunkie in the aftermath of the bout, the 29-year-old said that he’d like to be the Royce Gracie of striking:

“So many people have titles,” Page explained. “Not everyone can create a legacy in a sport.

Despite having three submission victories to his credit, striking is clearly the bread and butter of Page, and his puzzle hasn’t been solved to date as he boasts an undefeated professional record of 11-0. “Venom” has appeared to be on his way to stardom, and confidence has never been an issue for him, as he truly feels as if he’s the main attraction every time he fights. As for the future, “MVP” will simply look to keep knocking off opponents one by one:

With his lengthy winning streak still intact, Page may very well be nearing a shot at 170-pound gold, although he isn’t necessarily in any rush to earn a title shot:

Have you been impressed by “MVP” thus far?