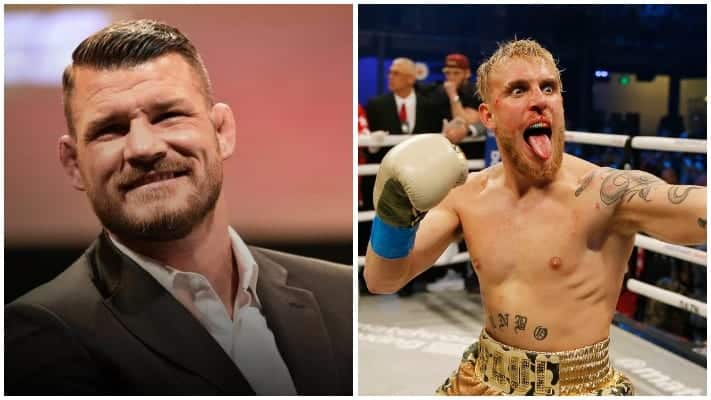 Michael Bisping has never been one to bite his tongue. Like everyone else in MMA, he has an opinion about Jake Paul. However, it may not be the one you’d expect.

The retired UFC Hall of Famer turned commentator recently chatted exclusively with Low Kick MMA on a host of things, including the state of boxing. Surprisingly, Bisping shared that Jake Paul’s team had reached out to him to fight the YouTuber.

“I got offered a contract…It wasn’t enough money. They made an offer and it was some decent cash. But, if I’m going to make a fool out of myself by boxing a YouTuber, then I’d want a bit more for it. I’m not going to come out of retirement, but that’s essentially free money to me. If the number was big enough, then I’d be a fool not to go and pick up that money.”

Bisping shared that he did send Paul’s team a counter-offer but never received a response, a move that Bisping found clever. Bisping believes Paul never intended to take on a challenge like him but was looking for more attention.

“The guy is obviously passionate about the sport. He trains very hard. He’s a switched-on guy. He knows how to piss people off. And everyone being pissed off, all that emotion, that transfers into dollars in the bank account,” Bisping added.

Still, Bisping would like to see Paul push himself if he intends to continue looking for opponents from the world of MMA.

“I would like to see him take on somebody. Ben Askren is not a representation of the mixed martial arts community. He was a wrestler that was successful at MMA, but he can’t strike. He’s got an incomplete skill set and he was the perfect opponent. There’s so many people in MMA that would absolutely destroy Jake Paul, but he doesn’t want a real challenge.”

Do you think Jake Paul would be willing to fight Michael Bisping?