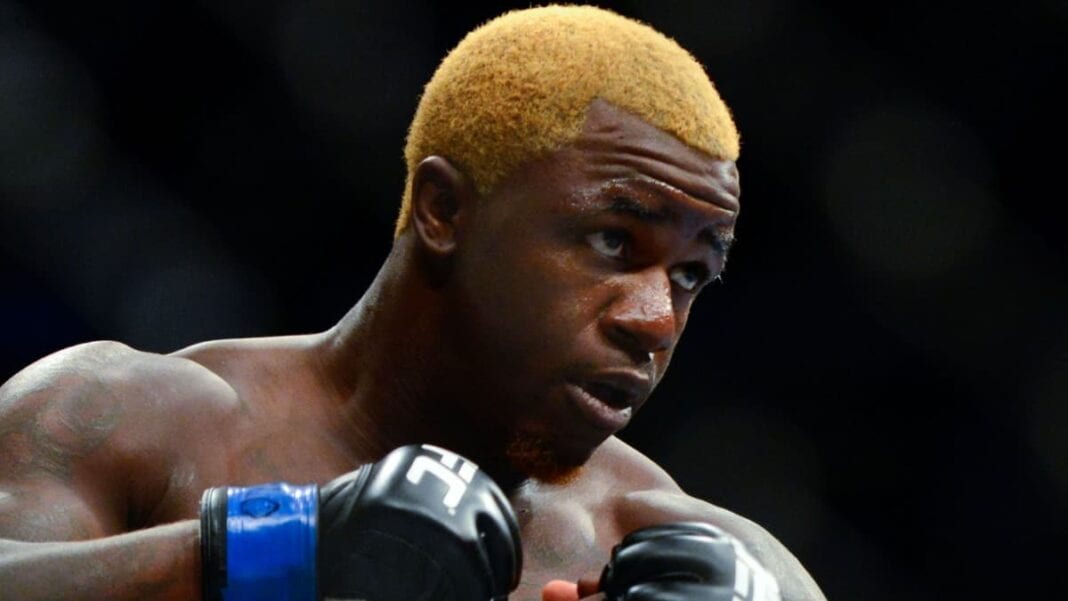 Former UFC star Melvin Guillard wanted by law enforcement after being allegedly involved in a bar fight and as a result, he is in hot water.

TMZ Sports is reporting that Guillard allegedly got into a fight at a Colorado bar where he attacked and then knocked out a man while in the brawl. As a result, the cops have been notified and is on the hunt for the former UFC/Bellator MMA fighter.

The media outlet was able to get surveillance footage from the bar of the brawl that shows Guillard getting into with several people. The incident went down at Bar Standard in Denver around 2 AM on Monday morning.

By looking at the footage, you can see Guillard, who is easily recognizable due to his bleach blonde hair, punching a man in the face which resulted in the guy being KO’d before he hit the floor.

The person was clearly unconscious, which led to other people running to him to check on him. This is when things got out of control and just flat out wrong as a female attempted to get back at Guillard, who then hit her too.

TMZ Sports then reached out to the Denver Police Department who told them that several witnesses were able to identify the attacker as Guillard. Now, it’s a waiting game as a warrant has been issued for his arrest. As of this writing, he is still free and has yet to be caught by the police.

He holds a pro-MMA record of 32-21-2 where he has lost his last nine fights. He spent the majority of his fighting career while fighting under the UFC banner where he first participated in the Ultimate Fighter 2.

As a result, he was later signed by the Las Vegas-based promotion where he went 12-9 with one no-contest. After 22 fights, he was released in 2014.

In recent years, he fought for the Viacom-owned promotion, Bellator MMA, and even participated in bare-knuckle fighting.