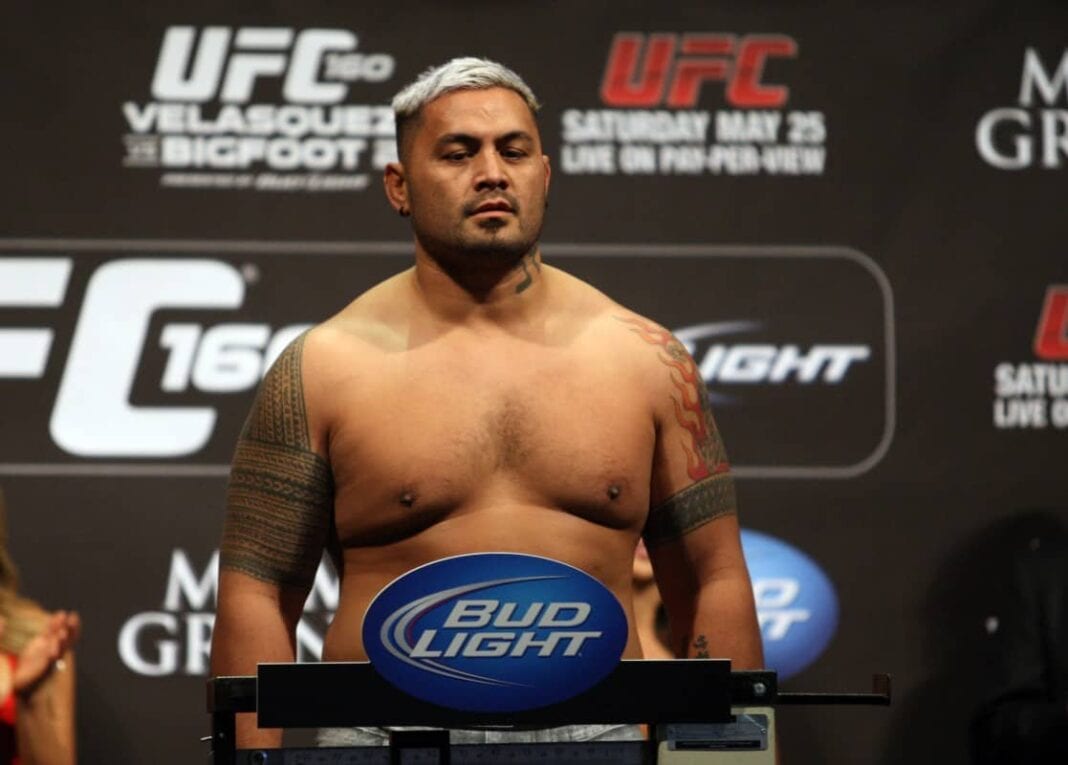 This past weekend (Feb. 10, 2018), 43-year-old Mark Hunt suffered a decision defeat to rising contender Curtis Blaydes in the co-main event of UFC 221.

And although it’s no secret that “The Super Samoan” has had his issues with the UFC, he isn’t considering hanging his gloves up just yet. In fact, prior to UFC 221, he told MMAjunkie that he had three fights left on his contract with the promotion:

“I get reminded all the time I am the oldest fighter in the universe,” Hunt said. “I’ve got three fights left with the UFC because I haven’t had a good run with a lot of things that’s happened with them.”

“Everyone knows I’m in court about having to get an even playing field. They called me a whiny bitch, but they can all get (expletive). I survived the era of PRIDE, where everyone knowingly juices. I’m here now and they’re trying to make it even.”

Now, he has two fights left on his current contract, and he’d like to fight those out before completing his fighting career ‘globally’:

“After the three fights with the UFC, I’d like to fight globally three more times and then retire. Hang it up,” Hunt said. “I want to go out there in my best shape ever and compete. I feel like I can compete still with these young guys, even though they’re half my age.”

One of the most decorated knockout artists in the history of the heavyweight division, Hunt is certainly nearing the tail end of his career, but he appears to have some fight left in him.

Where would you like to see him fight after he finishes his UFC contract?