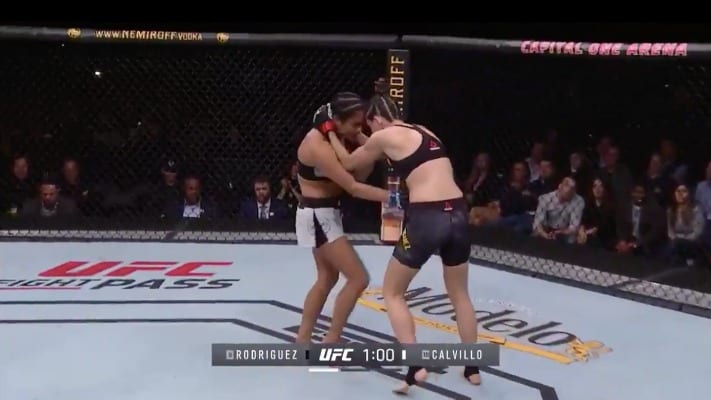 Pretty uneventful round so far. Rodriguez gets in a nice knee off a failed Calvillo takedown attempt. Rodriguez lands a nice body kick. More knees and elbows from Rodriguez as Calvillo fails on several takedown attempts. Front kick to the body lands for Calvillo. The round comes to an end.

Calvillo gets the takedown into half guard. Side control for Calvillo. Calvillo takes Rodriguez’s back and unloads with ground-and-pound. Rodriguez is able to get to her feet and she circles out. The fight comes to an end.