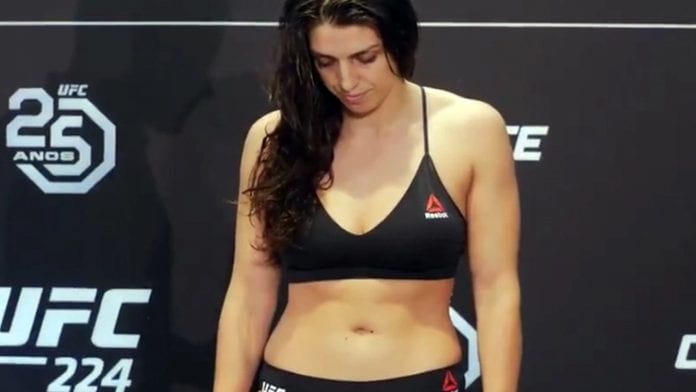 UFC strawweight Mackenzie Dern will not be moving up to women’s flyweight as previously thought.

The news was first reported by ESPN’s Ariel Helwani.

Dern missed weight by seven pounds in her win last May over Amanda Cooper. Such an egregious miss usually indicates that a fighter is competing well outside of their “ideal” division. Dern has missed weight three times out of her seven professional fights.

Former Brazilian jiu-jitsu champion Dern is one of the most touted female combatants in MMA right now. But due to her issues making weight, it was thought she would debut in the quickly-growing women’s flyweight division in 2019. Valentina Shevchenko recently won the women’s flyweight belt by defeating Joanna Jedrzejczyk.

Dern made her UFC debut at last year’s UFC 222.

A source close to Dern’s team has indicated that she is currently targeting the UFC Fight Night card on March 23 for her return. However, nothing has been finalized at the time of this writing.