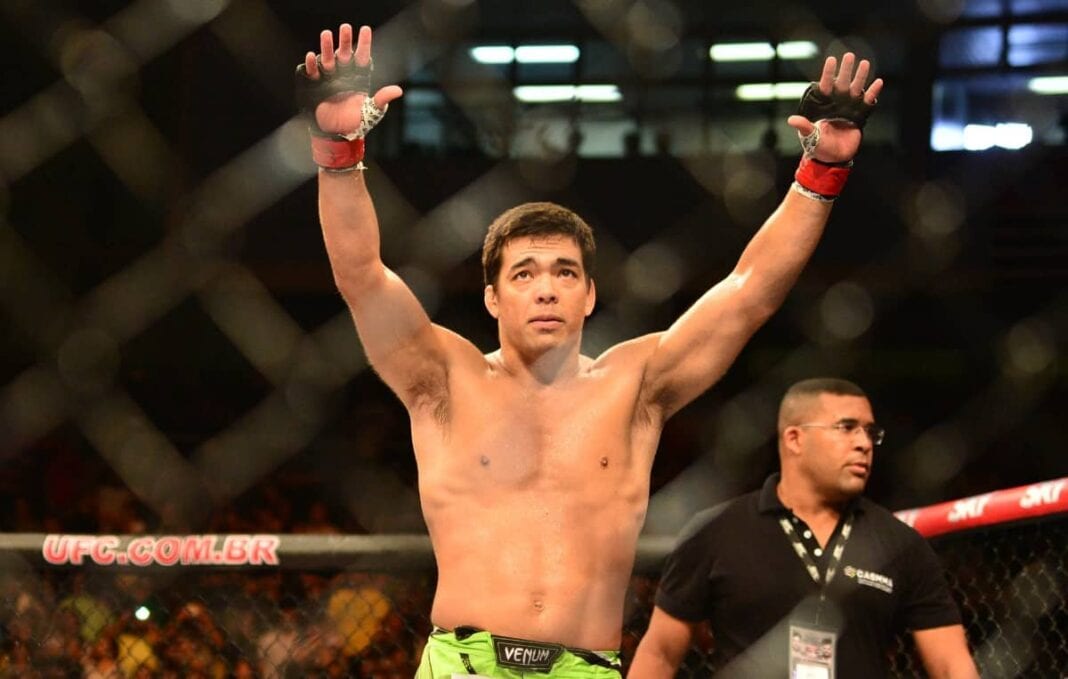 Brazilian legend and former UFC light heavyweight champion Lyoto “The Dragon” Machida has found himself on the wrong end of some pretty brutal finishes as of late.

Machida dropped down to 185-pounds in 2013, scoring wins over Mark Munoz, and Gegard Mousasi while earning a title shot in the process. “The Dragon” took on current middleweight king Chris Weidman at UFC 175, taking the champion to his limits in a five-round war, but Machida ultimately came up short.

The Brazilian bounced back with a quick, and vicious victory over CB Dolloway last December, but was then dominated by current title challenger Luke Rockhold last April, and most recently knocked out by Yoel Romero last June.

Machida appeared to have possibly lost his timing and flow in his recent fights, and many were even talking about a possible retirement for the former champion. However, it doesn’t seem as if “The Dragon” is ready to hang up his gloves for good just yet.

Recently speaking with AXS TV, Machida admitted that he may need some time off, but he also confirmed that he will be staying at middleweight, and that he feels as if he has another title run left in him:

“To be honest, I think I wanna take some while to recover my body, because I had three fights in 7 months. So I think at the moment I have to take some rest and to think. Yes, I think I have many chance (to make run at the title), a big chance in this class because I feel like I’m fast, I feel like, strong for the division. I don’t want to move up to light-heavyweight again.”

With the upper echelon of the middleweight division filled with talented contenders, it may be tough for Machida at his age and with his recent streak to secure another shot at gold, but crazier things have happened in mixed martial arts (MMA).

Is Machida making the right decision in continuing to fight?