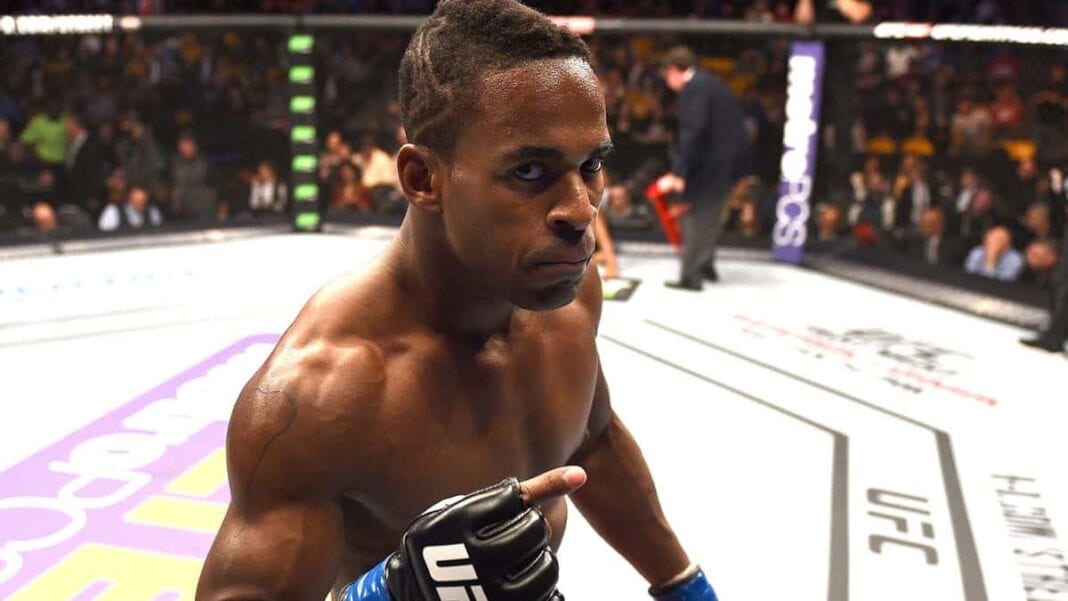 The UFC has been doing some key fights on their exclusive streaming service, UFC Fight Pass, as of late. Some notable fighters are being pulled from main cards of events and being positioned/hyped as the main event of the Fight Pass prelims card of events.

One fighter, in particular, Lorenz Larkin, is speaking out about the UFC’s decision to position his fight with  Number 7 ranked Neil Magny at UFC 202 on the streaming service instead of putting the fight on the main card where it should be.

Larkin appeared on the Three Amigos Podcast to comment on the fight, and he stated that he doesn’t understand why the fight is featured on the prelims.

“It’s the stupidest thing I’ve seen in a while, and I don’t understand it whatsoever. I get that from a business aspect, they want to sell more subscriptions, but as a fighter, it makes no sense to put that type of fight on the early prelims. Man…I don’t even know what to say. It’s just stupid.

Anytime I’m asked to comment on anything, I try to look at it from a fighter’s aspect and a business aspect, so I’m not being the “dumb fighter” that’s talking out of his ass. That said, I do understand they’re trying to sell subscriptions, but from a fighter’s point of view, I have to wonder what it does for me. How does this benefit me?

This card is potentially going to be the biggest card of the year. It’s probably going to beat UFC 200, but that exposure won’t really be there for me. My fight will be over early and I’ll be in the stands waiting on everybody else to get in the building [laughs].”

Larkin then went off about the UFC fighter rankings. According to Larkin, the rankings don’t mean anything because the promotion is just looking to book exciting fights instead of matching the best fighters in the world against each other.

“The rankings don’t mean shit. If the fight looks to be exciting, they put the it together, regardless of rankings. It doesn’t matter if you’re Number 1 or Number 7. That’s why top guys have gotten shelved for a little bit while Number 7 has already had a title shot. If you’re exciting, they’re going to make the fights happen.”

The audio of this interview will be available this Thursday.