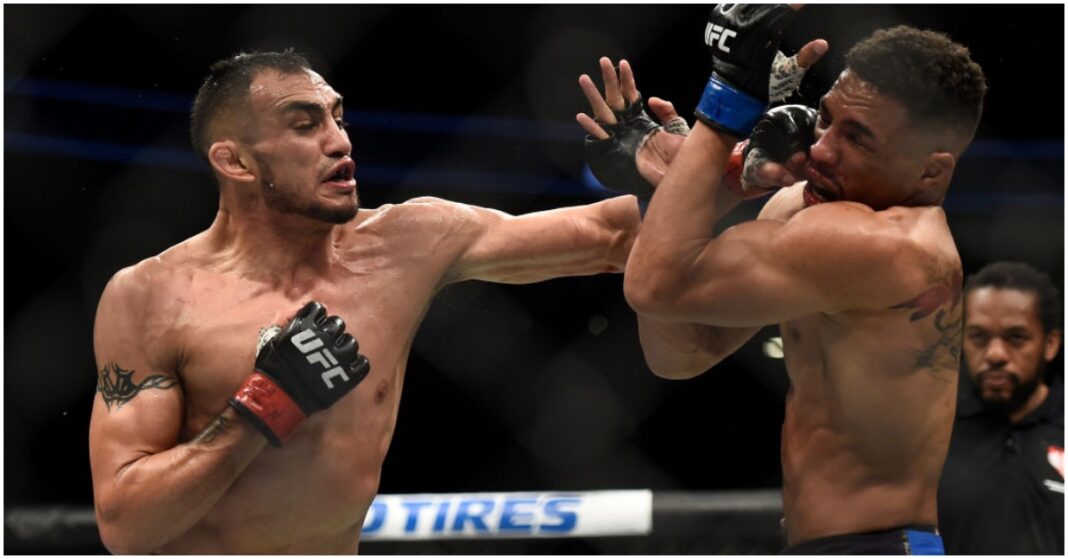 Kevin Lee admits he wasn’t ready to fight Tony Ferguson for the interim lightweight title back in 2017 but decided to call ‘El Cucuy’ out anyway.

‘The Motown Phenom’ was riding a five-fight winning streak and had beaten the likes of Michael Chiesa, Francisco Trinaldo and Jake Matthews to earn a 155lb title shot.

During a recent interview with The Schmo, Lee admitted he sometimes regrets pursuing a fight with Ferguson – one of the best lightweight fighters in UFC history.

“I’m not gonna say I would do it differently because I don’t regret anything. I might have done some stuff better though,” Lee said. “When I first made like, the big push, when you see me do the Michael Chiesa thing. I didn’t know that that was gonna happen, no regrets, no regrets. But even afterwards, the calling out Tony Ferguson, and getting that fight way too soon, way before I was supposed to get that fight.

“Sometimes I regret it, I’m not gonna lie to you,” Lee confessed. “Sometimes I regret having that overriding confidence to do something you know you shouldn’t do. I knew I wasn’t ready for Tony, at the time I took that fight. I just was like, ‘Alright, we gonna do it. Gonna put my balls out there and we’re gonna see what it is.’ My balls was bigger than my brain.” (Transcribed by MMA News)

Kevin Lee Was Recently Cut By The UFC

Despite being just 29 years old and seemingly having a lot left to give, Lee was recently let go by the UFC and has since signed with Khabib Nurmagomedov’s Eagle FC.

During a recent interview with LowKickMMA, Lee spoke with optimism about his fighting future that will see him compete at 165lbs, with his first opponent being Diego Sanchez.

“That was huge,” Lee said of being allowed to compete at 165lbs in Eagle FC. “Not only will my body feel better, I feel like it’s my natural weight class but it’s brand new. So, that means I get to be the inaugural champion for any promotion. I think in the future, once we get away from the UFC being the top dog and all this, those things write well in history. So to be the first 165 world champion means a lot to me.”

Do you think Kevin Lee fought for the UFC title too soon? 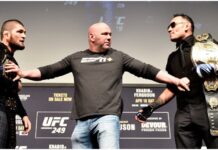