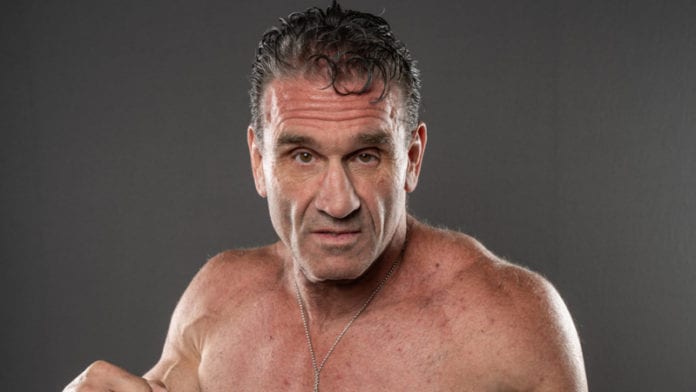 With Mike Tyson‘s signing his recent training video off with “I’m back”, many began to speculate about whether or not the former youngest boxing heavyweight champion in history’ would be making a return to the ring. The potential comeback not only drew interest from the former boxer and bare-knuckle fighter John Fury and long-time rival Evander Holyfield but also former UFC and Bellator heavyweight Ken Shamrock.

In an interview with Fight Network, Shamrock was asked if Mike Tyson’s comeback speculation had influenced a potential Shamrock comeback to which Shamrock responded with “I’m always hungry to fight”. (H/T Bjpenn)

“That’s in my DNA. I love doing it, I’ve always loved doing it. At the same time I’ve also got to be smart too, and understand that it has to be something that makes sense if I’m going to get in the ring. I’m not going to fight some 27-year-old in his prime. It would be ridiculous for me to do that” Shamrock said.

“But if something made sense, I would do it, I love competing, I’ve always loved competing. Someone like Mike Tyson would be a perfect fight for me, because it’s something I love doing.”

“I love competing and I love competing against the best, so it’d be a perfect scenario for me.” With Shamrock being 56 years old and Tyson being 53, could this potential match-up be enough to draw the two out of an early retirement?

With the Mayweather v McGregor fight being such a huge success, it is hard to argue that the idea of ‘Iron Mike’ Tyson vs Ken Shamrock wouldn’t attract fans of both sports, especially with both heavyweights finishing their careers with losses offering redemption to both.

Would a Mike Tyson and Ken Shamrock fight be one you’d like to see?