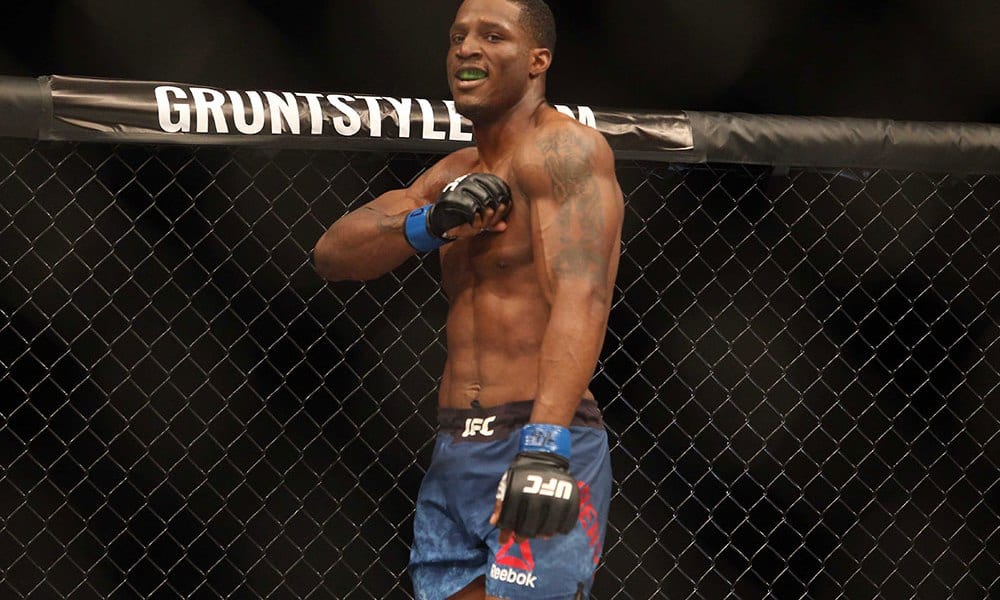 Another very interesting middleweight fight will keep the PPV rolling as Wales Jack Marshman will look to give Karl Roberson his second straight loss since joining the promotion.

Marshman has alternated wins and losses in his last four fights dating back to the end of 2016. He is looking forward to competing at MSG and is honored to be only the second person of Welsh descent to fight MMA in the historic building.

Roberson looked fantastic in his first two fights in the UFC. “Baby K” was holding his own in his last fight until he got caught with an arm triangle with 15 seconds left in the first round. Roberson looks to bounce back against Marshman after suffering the first defeat of his career.

Roberson opens up with a hard left head kick that Marshman blocks. Both men throwing into the air trying to find their range. The fights clinch against the cage briefly. Roberson lands a crisp left hand that stuns Marshman. Marshman throws a leg kick but looks tentative as he tries to close the distance. Roberson lands a hard body kick and backs up Marshman with a barrage of blows. Marshman fires back and hurts Roberson. Marshman moving forward and having some success with leg kicks. Very close round. The bell sounds.

The fights exchange leg kicks to start round three and then Roberson follows that up with another hard left hand. Both guys fainting a lot here in the final frame. Marshman pushing forward and eats a flurry for his effort. Roberson lands a big double leg takedown again. He looks for a key-lock submission but quickly gives it up. Roberson moves into full mount with one minute left in the fight. He is landing some mildly damaging punches as the fight ends. Roberson should win this fight.