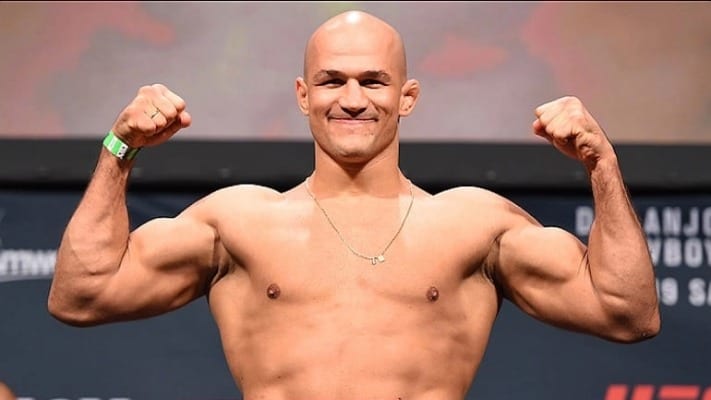 The Brazilian is currently enduring the first three-fight losing streak of his career following TKO defeats at the hands of Francis Ngannou, Curtis Blaydes and Jairzinho Rozenstruik.

Dos Santos is now set to take on promising heavyweight prospect Ciryl Gane on the main card of UFC 256 this weekend. There is plenty of hype with Gane and that’s something “JDS” can relate to as he sees similarities between the Frenchman and himself.

“He’s a different type of heavyweight,” Dos Santos told MMA Junkie. “He’s like me. He moves very well. He’s very light for his weight. He deals very well with his own size, so that’s why I’m saying it’s gonna be a very interesting fight, because this guy is dangerous.

“He already submitted some people showing some ground game, as well, so no doubt this fight will be very interesting for the fans, and I’m happy to be there fighting against someone that everybody is considering the next big name in the heavyweight division.”

While dos Santos is on a losing run, he is still the biggest test Gane has faced yet and a huge step up from his last fight. Whether he’ll be able to make the step up will be known this weekend but dos Santos will not be underestimating him.

In fact, he hopes a big win would show he’s far from done with the sport.

“I don’t underestimate my opponents,” Dos Santos added. “Especially right now, I can see a lot of potential in this guy to even become the champion one day. There’s a reason why everybody is talking about him, and that’s why it’s so important for me to go there and show a little bit more of myself as a fighter because once you start having negative results, people stop believing in you.

“I know I can avoid this type of feeling in myself, but I want people to believe me, and I want to give them a great victory on Saturday night so that they can believe in me again, and believe that I will become the champion at some point again.”

Do you think dos Santos will come out on top? And can he become heavyweight champion again?