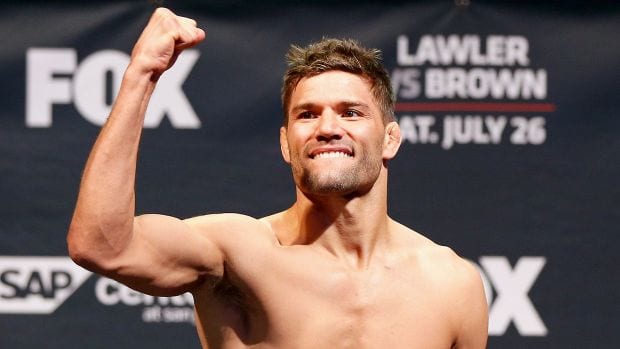 Josh Thomson met Mike Bronzoulis in a lightweight bout at Bellator Dynamite 1, which he won by an arm-triangle choke in the third round.

Following that fight, Thomson talked about being in Bellator and what his experience was from that event.

“The walkouts, the whole presentation – it has that PRIDE feel. If you look at all the exciting fights they did and the relationship with (Nobuyuki) Sakakibara for a new Japanese fighting organization, I think it’s going to be huge. From when I signed the contract to once we got there, it’s just a totally different feel. (Bellator light heavyweight) Phil Davis touched on it a little bit; you just feel rejuvenated. There’s something different when you show up to the venue when you show up to the host hotel, and it just feels better. There’s not, I don’t want to call it negative energy, but you just feel relaxed and comfortable, like family.”

His departure from the UFC was an interesting one. Following him leaving the UFC, Thomson has been vocal about his time in the promotion.

“There were a couple of times when you have interns talking to you in a manner, and you’re like, ‘Who the hell are you?’,” he told MMA Junkie.com. “And you don’t know who they are. They could be someone’s nephew or cousin or son that’s high up in that organization, where if you say something, you could put your foot in your mouth. The thing is, nine times out of 10, it was just an intern who was doing it for free or low pay. They’re talking to you like they’re a boss, and if you’re the talent, you don’t want to be talked to that way, especially for someone like myself, where I’ve been in the top organizations for 15 years now. And I’ve never been talked to in certain manners. It all trickles down from the top. When other people see the higher-ups talking to the talent that way, it just feels like the interns feel like they can talk to you that way. I’ve seen them talk to other athletes that way, as well, even people that are retired and also in the UFC Hall of Fame, and they’ve had to be put in their place by those people. That’s when you realize this isn’t normal. When you’re talking to top hall of fame guys that way, it’s not normal. That’s not OK.”

Thomson’s next fight is not known at this time.