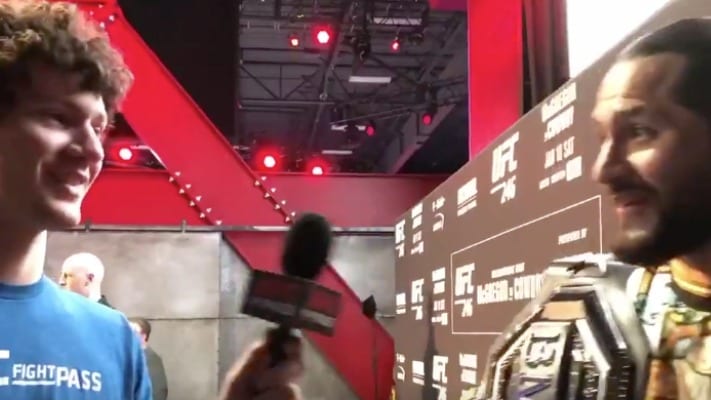 Of late, Hooper has been embracing the meme of being Askren’s son given their similar curly hairstyles.

And during UFC 246 media day on Thursday, he decided to confront Masvidal. He asked “Gamebred” why he “did that” to his father. In hilarious fashion, a confused Masvidal asked him if he really was Askren’s son to which Hooper said no.

You can check out the video below:

Of course, Hooper was referring to Masvidal’s epic five-second knockout of Askren at UFC 239 last summer. That knockout was not only the quickest in UFC history, but also propelled Masvidal to superstardom.

Askren, meanwhile, would lose to Demian Maia before officially announcing his retirement from mixed martial arts in November.

What did you think of Hooper’s prank on Masvidal?