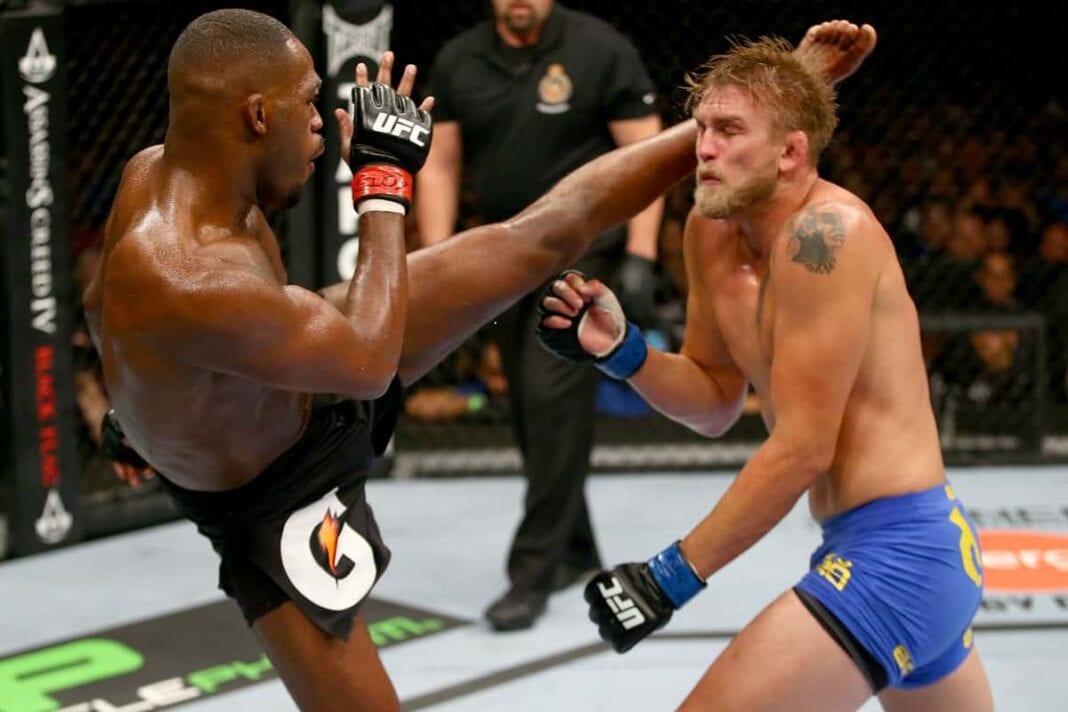 No. 1-ranked UFC light heavyweight contender Alexander Gustafsson put on a brilliant performance this past weekend (Sun., May 28, 2017), stopping No. 2-ranked Glover Teixeira in the fifth round of their UFC Fight Night 109 main event. Gustafsson’s movement was on point and his boxing, which was highlighted by a multitude of vicious uppercuts, was crisp.

With the win, Gustafsson firmly established himself as a the division’s top contender, which will likely earn him a rematch with the winner of UFC 214’s title fight between champion Daniel Cormier and ex-champion and former pound-for-pound king Jon Jones.

“The Mauler” has previously done battle with both men, losing to Jones in a back-and-forth slug fest at UFC 165 in 2013 and dropping a split-decision to Cormier in another instant classic at UFC 192 in 2015.

As far as who he’d like to win in the upcoming title fight, Gustafsson recently said that he hopes Cormier comes out on top because he doesn’t view Jones as a good person.

To be fair, Jones has indeed had his issues outside of the cage, from drug test failures to legal issues that have kept him on the sidelines and had previously forced the UFC to strip him of his long held 205-pound title.

Either way, “Bones” recently took to Twitter to fire back at Gustafsson, taking a shot at “The Mauler’s” heart in the process:

Of course you are rooting for Daniel Gus, you might as well pray for him while you’re at it.

And here’s a little FYI, you didn’t lose against DC and I because of your cardio, it was because your lack of heart.

I’m not a champion because you don’t like my personality? Fuck you lol

“”Jon Jones is a bad person” you sound like a fucking dork. Congrats on the engagement though, beautiful woman

What do you make of Jones’ comments and who would you rather see Gustafsson rematch next?