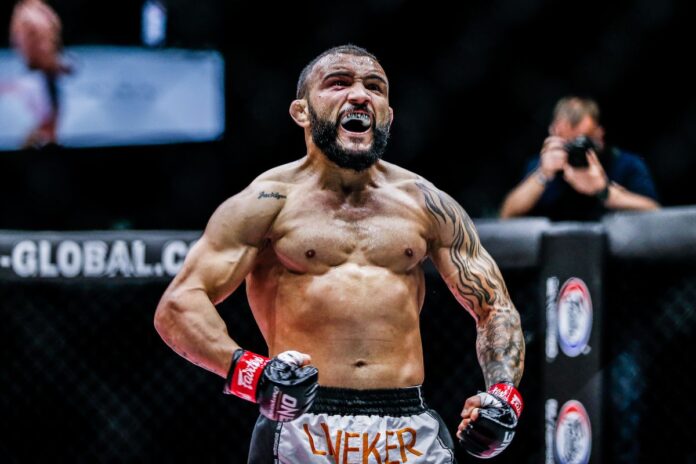 John Lineker (35-9) dethroned bantamweight champion Bibiano Fernandes (24-5) in the co-main event of “ONE Championship: Lights Out” on Friday at Singapore Indoor Stadium.

Lineker has had an up and down career arch and has put a stamp on an impressive resume by winning the bantamweight title in Singapore today.

In the first round, Fernandes was able to drop Lineker on the counter with a left hook but once they hit the ground, Lineker reversed position and rode out the rest of the round in top position while landing some solid ground-and-pound.

Round 2 started with Lineker ripping the body, but Fernandes landed a great takedown. Lineker then made his way back up and eventually found a perfect left hook, which knocked out Fernandes and earned Lineker the belt.

In what has been a crazy career up to this point for Lineker, this belt might be one of his defining moments.

Did you think John Lineker would win this fight?