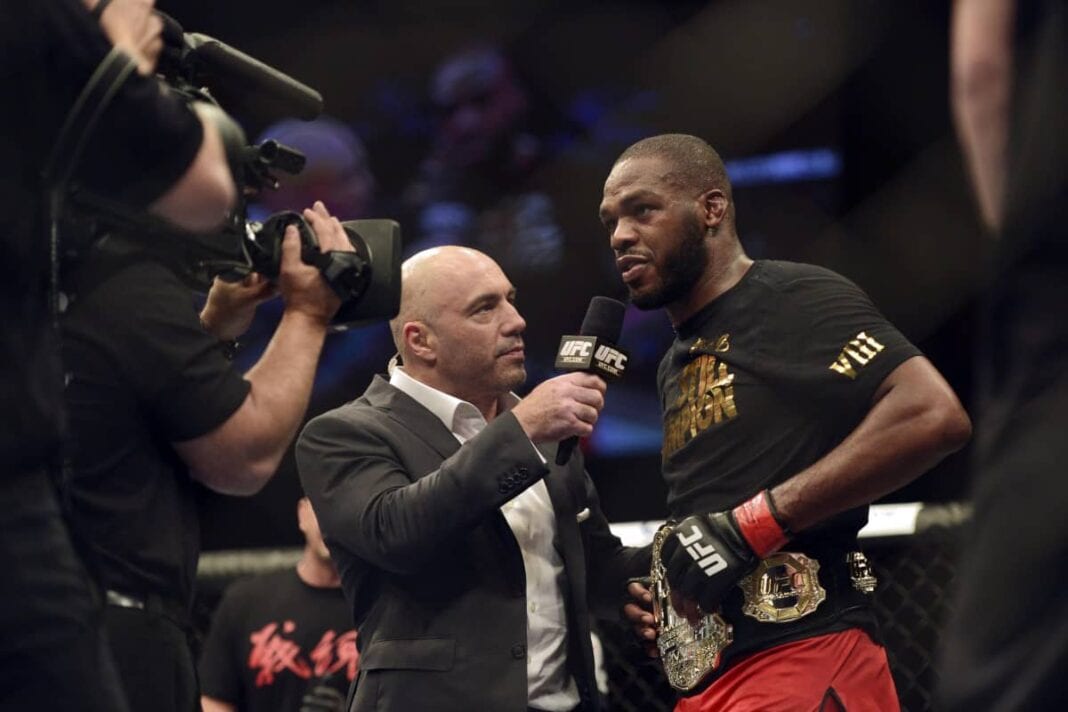 It’s been a tough couple weeks in the life of former UFC light-heavyweight champion Jon Jones. The horrendous details surrounding his alleged hit-and-run in New Mexico have been coming thick and fast, with “Bones” potentially facing 3-5 years on a felony charge.

Pundits, fans and fighters have all watched as the P4P great went from controversial heel, to a disgraced former champion of the division. It’s been sad to watch, even some of the most stern Jones-haters will admit that, and for UFC color commentator Joe Rogan it’s been disappointing.

Check out what JR said during his recent podcast, as transcribed by MMAFighting.com:

“”Jon Jones is likely going to jail. Hit and run. Crashed into a pregnant woman, allegedly, I should say. Broke her arm. She was rushed to the hospital, but pregnant, which has got to be terrifying for her. To be in a car crash and smashed by a guy who runs a red light and then flees the scene of the crime.”

“I’m incredibly disappointed in him. He disappeared, for like 24 hours at least,” said Rogan. “Probably even more. A couple days, I think he disappeared for. Obviously, the speculation would be that [Jones] was on something that he would worried about being tested for for 24 hours or 48 hours or whatever it was.”

It certainly is not a good time in the young life of Jones, who is yet to have his day in court in fairness, but is looking in a very disadvantageous position right now. Youth and vigour are one thing, but what JJ has displayed is a disregard for his own, and other’s wellbeing.

Rogan does have another take on the situation though, as he continued:

“This should be really clear,” said Rogan. “I am, without a doubt, not trying to let [Jones] off the hook. What he did was horrible. If it was someone in my family that he hit with that car I would be unbelievably furious. I’m incredibly disappointed in him. I think the UFC absolutely did the right thing in stripping him of his title. I think law enforcement is going to do the right thing by putting him in jail. They’re going to. You can’t do that.

“You can’t hit someone with a car and leave the scene of the crime. It is a crime, but there are things that people do because they have brain damage. That’s where the real question comes up. Obviously they’re responsible ultimately for their own actions, but what is it that’s responsible for making them do that action?”

Has Jones ever really taken much punishment though? Well, Lyoto Machida certainly landed a few hard shots, and Alexander Gustafsson put the beating of a lifetime on “Bones” at UFC 165; the favour was of course returned but Jones nonetheless took a lot of trauma in that fight.

If that is the case, that Jones’ brain damage has led to his recent breakdown, would it be fair to say he shouldn’t face jail time?