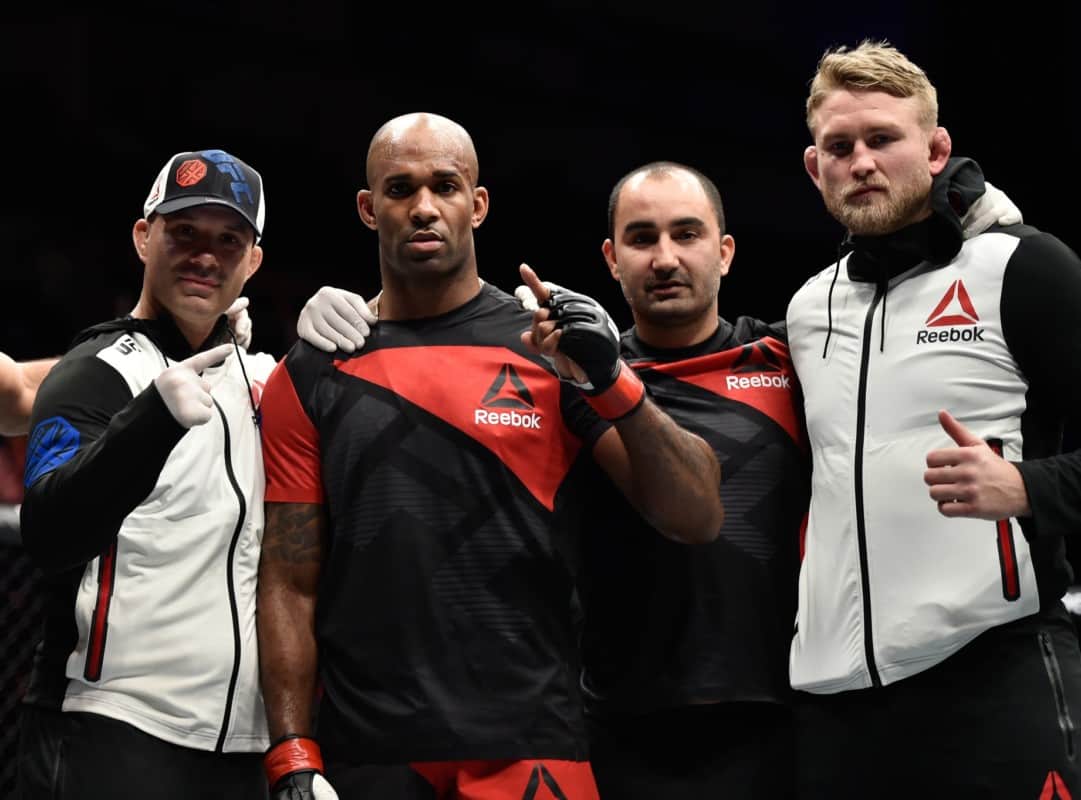 Ever since Manuwa has emerged as a top five talent in an otherwise thin division, Cormier has condescended and belittled Manuwa whenever the two have crossed paths. He even asked teammate Kamaru Usman to grab Manuwa’s arm to “see how strong he is””.

With the British slugger on the UFC 214 card as a backup in case Jon Jones fails to make it to fight night, the tension between Cormier and Manuwa has become palpable.

Manuwa discussed his thoughts on a potential fight with DC this past week, and didn’t hold back when assessing Cormier’s skill set.

“I didn’t see anything that was like, ‘wow,’ or anything,” Manuwa said during Monday’s edition of The MMA Hour. “He’s just a fat wrestler, that’s it. He can’t stand with me, you know what I mean? All he’s got is his wrestling, and all he’s going to try and do is take me down if I fight him. That’s it. He’s very good at it, but that’s all he’s got. If we fight, all I would have to work on is takedown defense, and I’ll knock him out within two rounds.”

While Cormier is set to finally rematch the only man to beat him in Jon Jones at UFC 214, Manuwa will take on surging prospect Volkan Oezdimir on the same card.

Manuwa will serve as the replacement fight should Jones be forced out of his title fight with DC, as has happened before.