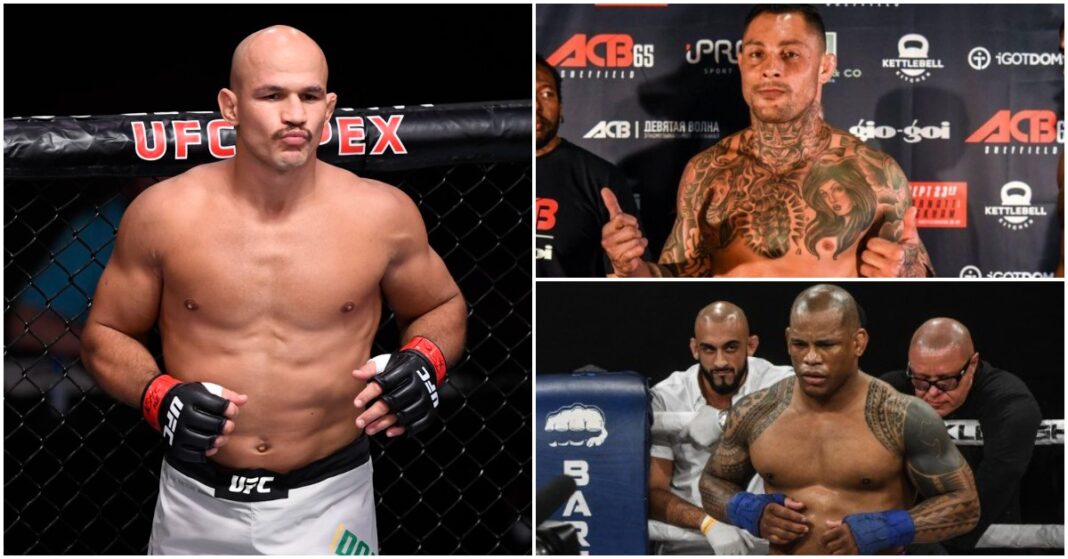 On Wednesday, ESPN confirmed that former UFC heavyweight champion Junior dos Santos had inked a deal with the promotion. He’ll make his opposite Yorgan De Castro on May 20. It was also revealed that Thiago Silva had signed with Eagle FC and would be making his debut on the same night in the co-main event against Hector Lombard.

Dos Santos suffered four consecutive knockout losses before being released by the UFC in 2021. The Brazilian was expected to make his first post-UFC appearance at Triller Triad Combat 2 against Kubrat Pulev on February 26 but the event was called off due to concerns about COVID-19.

Lombard will be returning to MMA for the first time in six years when he squares off against Silva in May. The Bellator champion hasn’t competed in the sport since suffering a decision loss to Thales Leites in September 2018, his sixth straight defeat. Lombard has been more active and more successful in bare-knuckle boxing as of late.

Silva exited the UFC in October 2013 following a unanimous decision win over Matt Hamill. Since then, he’s fought for numerous MMA promotions and has been pretty inconsistent with his performances. Silva is currently riding a two-fight losing streak and hasn’t fought since May 2019.

Khabib’s approach to acquiring talent seems very clear at this point. The lightweight legend appears to be picking up UFC veterans who have a big name. Diego Sanchez, Kevin Lee, Rashad Evans, Ray Borg, Impa Kasanganay, and Irwin Rivera are just some of the names already signed for Eagle FC.

Will you be watching Eagle FC 20 on May 20 after hearing Junior dos Santos, Thiago Silva and Hector Lombard will be competing on the card?