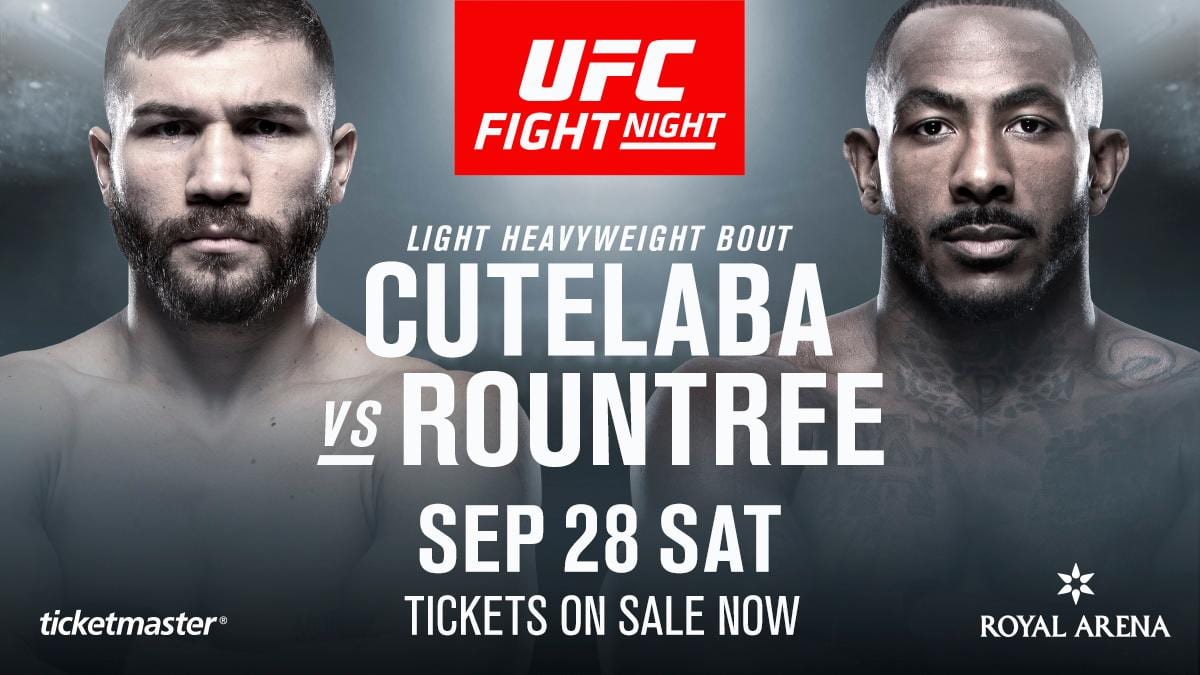 The UFC’s debut event in Copenhagen will entertain what promises to be a barnburner of a light heavyweight contest between Ion Cutelaba and Khalil Rountree.

The bout was officially announced by the promotion on Friday.

Cutelaba is coming off a submission defeat to former title challenger Glover Teixiera, but had previously won three of his last four.

As for Rountree, he most recently enjoyed arguably his most impressive win after dominating Eryk Anders via unanimous decision at UFC 236. The victory came following a knockout defeat to Johnny Walker last year. Before that, “The War Horse” notably knocked out Gokhan Saki.

Also announced earlier in the day was a women’s bantamweight matchup between Macy Chiasson and Lina Lansberg.

The card as it stands has three official bouts:

UFC Copenhagen takes place at Royal Arena on September 28 and will be streamed on ESPN+. There is no headliner as of now, but it is expected to be a middleweight contest between Jack Hermansson and Jared Cannonier.