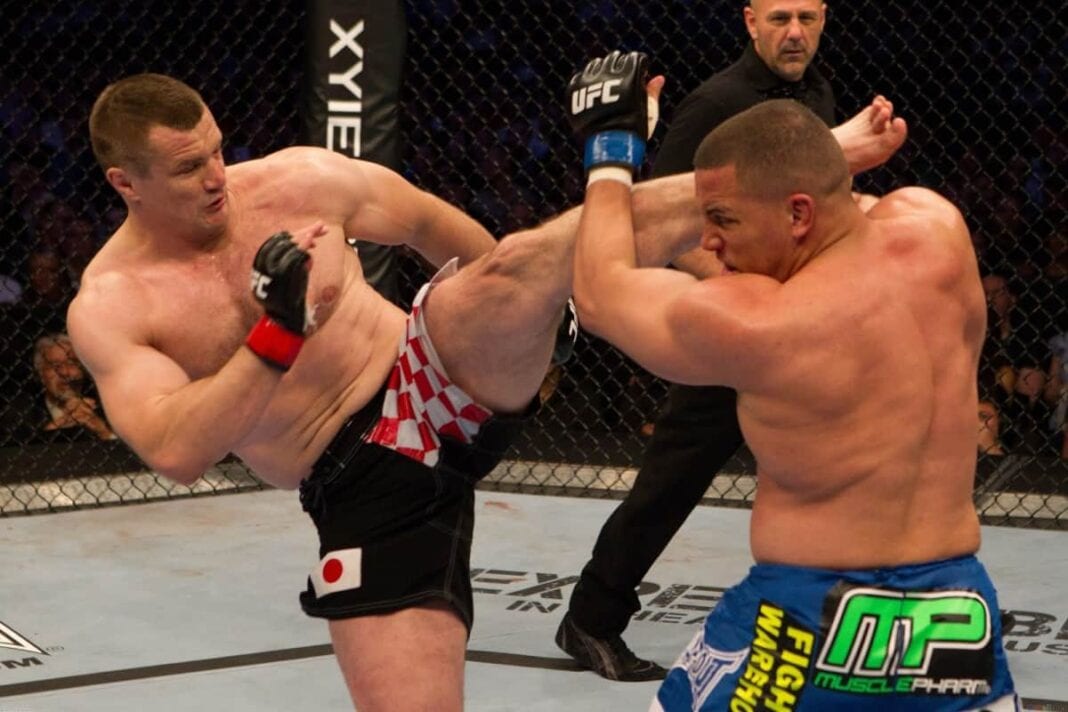 Inoki Bom-Ba-Ye 2014 went down in their year ending special last night, and it turned out to be pretty decent. Former Pride FC/K-1 smashing machine and ex-UFC heavyweight Mirko Cro Cop was the main feature, as he battled heavy underdog Satoshi Ishii. Even at the age of 40 Cro Cop is a dangerous beast, as you’ll see in the highlights below. The Croatian kickboxer lost the first round, but finished Ishii in the second with a left head kick and a flurry of punches.

Controversial grappler Shinya Aoki also fought on the card, submitting Yuki Yamamoto with a slick submission, before flipping his opponent off after leaving the ring.

Full Inoki Bom-Ba-Ye results and highlights of Cro Cop vs Ishii and Aoki vs Yamamoto for you below: