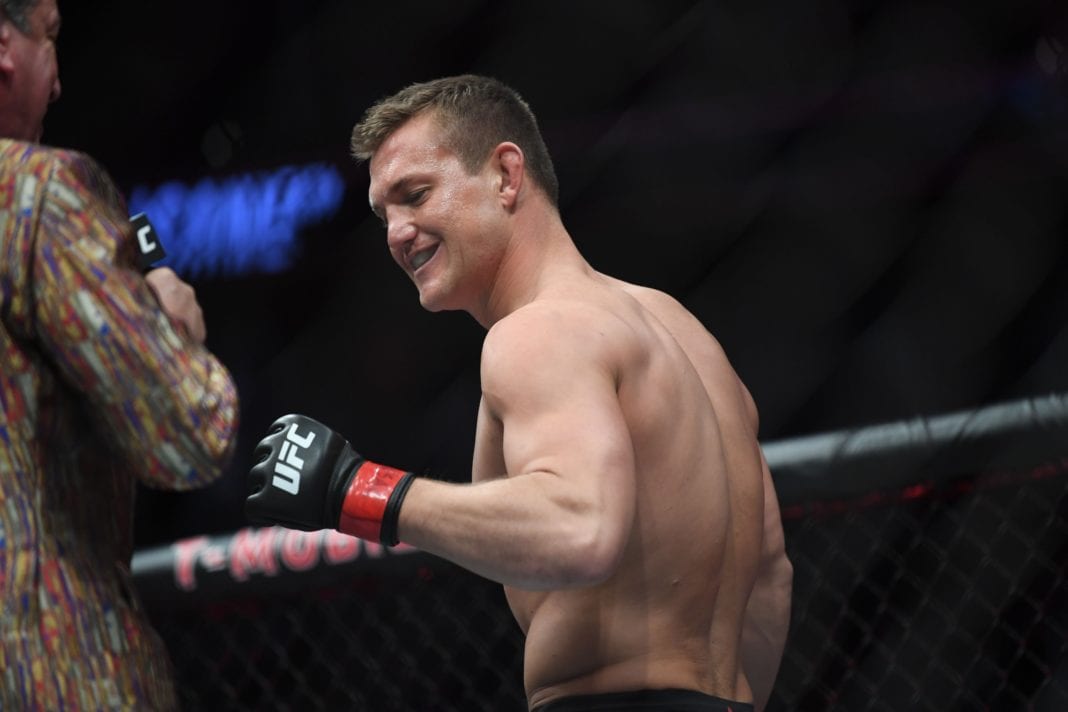 UPDATE: After a secondary test it was deemed the initial test was wrong, Heinisch and his team have all been cleared and the fight will continue as scheduled.

UFC Middleweight Ian Heinisch has been forced to withdraw from his upcoming bout at this weekends UFC 250 after a member of his team tested positive for the coronavirus.

Taking to twitter, TSN Sports Aaron Bronsteter shared the news that he had confirmed with multiple sources, however the tests were to be redone in order to confirm it was not a false positive.

Heinisch was scheduled to face Gerald Meerschaert in the preliminary card of the event. As stated the fight could very well stay together and continue ahead as planned should the tests come back clear.

At this point Meerschaert is confident he will continue to compete on Saturday, however, nothing has been shared in regards to a potential replacement for Heinisch however according to Raphael Marinho of Combate.com the UFC are looking into Anthony Ivy as a replacement to keep the bout on the card.

This would be Ivy’s debut in the UFC. The middleweight boasts a record of 8-2 entering the organisation on a five win streak all coming via finish.

According to the Score’s James Lynch, Heinisch had a change in camp for this upcoming bout, moving his training from Factory X to Genesis MMA in Colorado.

Heinisch was set to return to the octagon for the first time in 2020 attempting to get back in the win column after back to back losses against Derek Brunson and Omari Akhmedov.

Meerschaert will be entering this bout coming off a submission victory of Deron Winn at UFC 248 in March.

At this stage while it would seem Heinisch is out he is still preparing to compete and continuing to cut weight so it is still to be determined weather the fight will remain together or not.

Who would you like to see face Gerald Meerschaert at UFC 250 should Heinisch remain unable?